The Galaxy Note9 was released earlier in August, and near to complete two months of existence the device already received two updates. The first update delivered extra control for the Super Slow-motion video, and the second addressed an issue with the Bixby button. Today a new update is arriving to improve the handset camera capabilities. 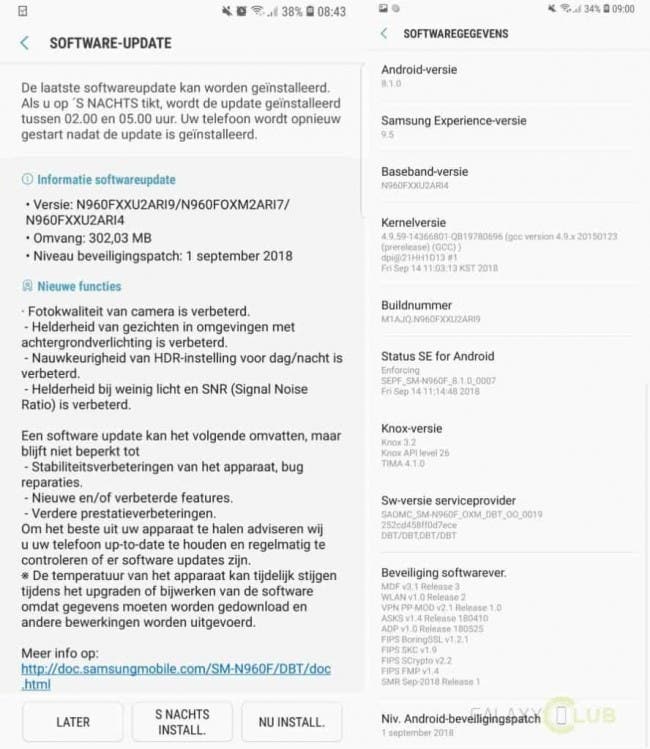 The update was spotted by some users in Germany. It carries the N960FXXU2ARI9 and weighs in at 302MB. This update is very specific and brings a ton of improvements for the camera inside the king of phablets.

Users will experience less noisy pictures and an improved Signal-to-Noise algorithm. The Automatic Mode also was improved and should deliver better fast pictures to the users. Since the update is rolling out in a gradual form, it should take some time to arrive for all users in multiple regions.

Next Google rolls out the redesigned WearOS 2.1