Following the myriad of leaks about Chinese phones in the past days, a new fresh one reveals the Oppo K1 specs. Yesterday, the unreleased device made its way into the GeekBench database revealing some of its key specs.

The Oppo K1 leaked with the OPPO PBCM30 model name. The device runs Android 8.1 Oreo and has its power ensured by the Snapdragon 660. The handset also features 6GB of RAM for all multi-tasking purposes. The device in question achieved 1436 points in the Single-Core tests and 5467 in the multi-core. 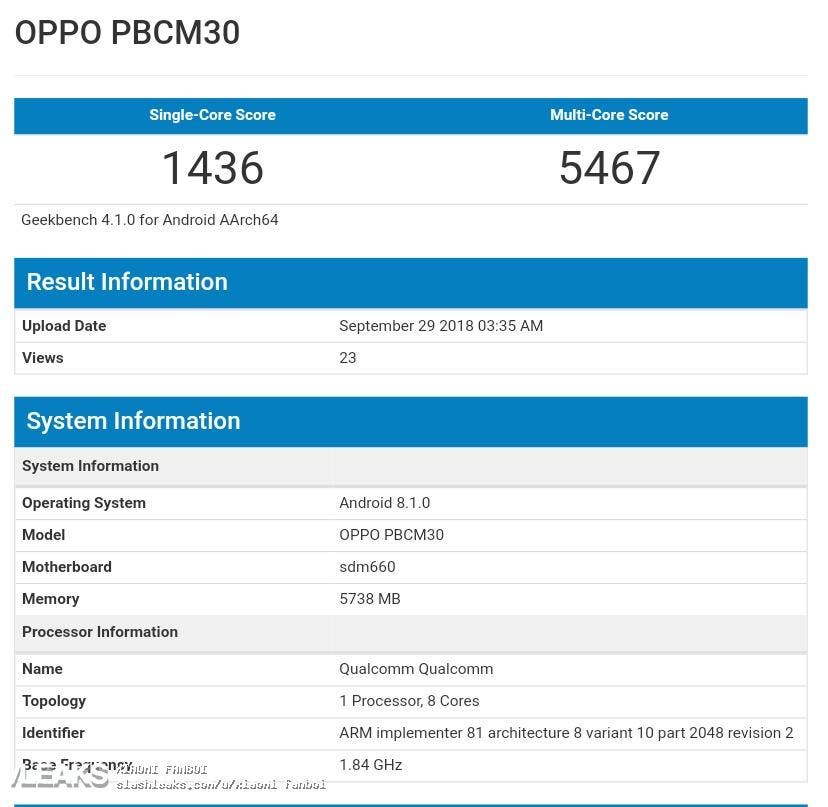 According to TENAA listing, the Oppo K1 will feature a 6.4-inch AMOLED display with 2340×1080 pixels of resolution, 19:5:9 aspect ratio and a notch on the top. The camera department will be made of a dual 16MP+2MP camera setup on the rear and a 25MP single selfie snapper. The phone will be fueled by a rather large 3,500mAh battery. The device is also said to feature an in-display fingerprint scanner.

Just like the majority of companies, Oppo also has an event scheduled for October. The company’s event will be happening on October 10 Wednesday, a day after the Pixel 3 series release.