Xiaomi recently announced its refreshed Redmi series of devices in India and it consists of a trio of smartphones – the Redmi 6A, the Redmi 6, and the Redmi 6 Pro. We attended the event in Mumbai and we also received a Redmi 6 Pro review unit which we unboxed last week here at Gizchina. We’ve used the phone extensively and here are our thoughts on Xiaomi’s latest budget offering.

When you look at the budget smartphone scene in India right now, it is very easy to get overwhelmed by the choices a potential buyer has to make. That’s the exact category where the Redmi 6 Pro debuts in India – between Rs 10k to Rs 15k. But Xiaomi has been known to dominate the segment in the past years with its excellent offerings like the Redmi 5. Can the company do the same with a new Pro variant this year? We’ll find out in this review of the Redmi 6 Pro. 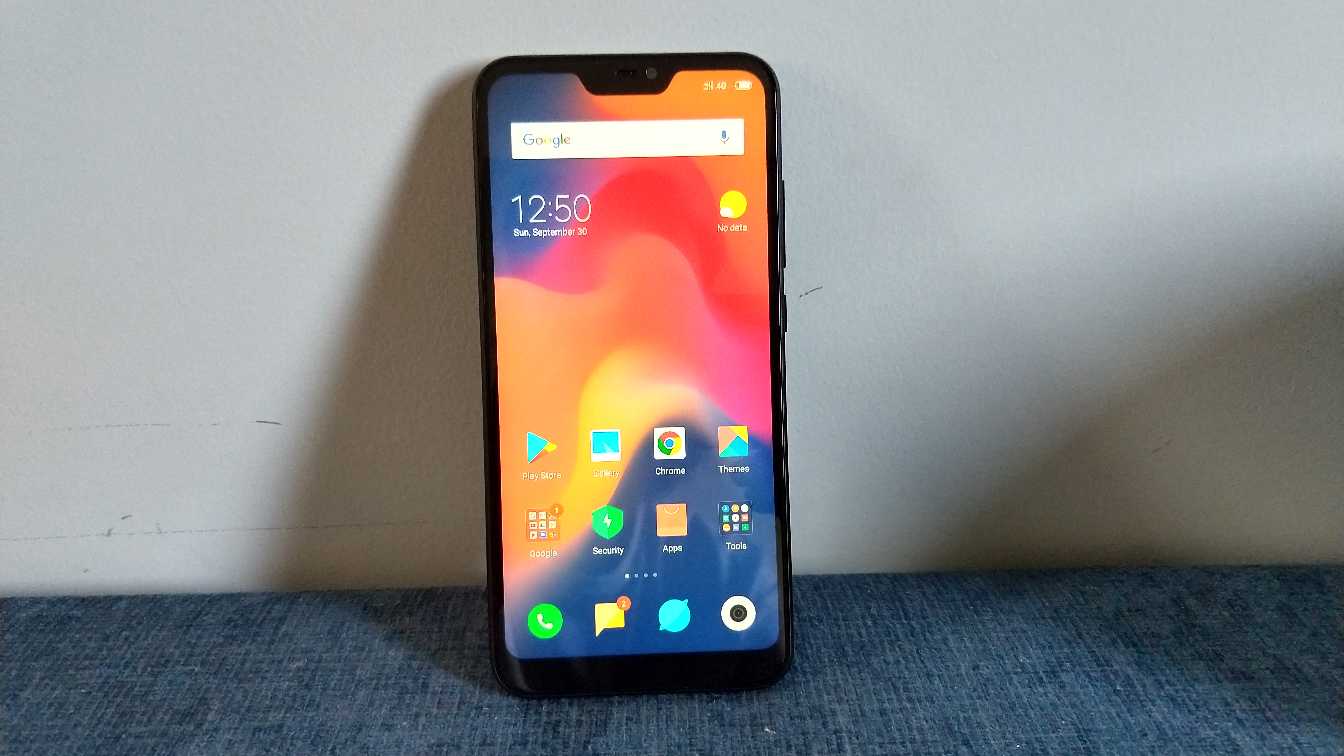 Straight out of the box, the Redmi 6 Pro feels very sturdy and there is a bit of heft to it owing to the 4,000mAh battery inside the chassis. The handset doesn’t creak or flex which is a good sign of an excellent build quality. It’s also one of the few phones that come with a notch at this price point if you like notches. It’s also not a very big obtrusive one. It’s fairly minimal and houses an earpiece and a camera. The notification LED is at the bottom which surprised me when I first saw it. Nonetheless, it’s good to see it hasn’t been skipped. The power and volume rockers are also well built placed on the left side with adequate tactile feedback and there are no complaints there.

The slight curved on the rear edges makes it easy to fit in the hand and it doesn’t dig into your palms. The Redmi 6 Pro retains the rear design of the previous generation which isn’t something bad but we would have loved it more if it could have been similar to the Redmi Y2. Especially the nicely done antenna lines on that device add to the beauty of the single uninterrupted metal frame that runs through the whole back. In short, it’s a solidly-built device with good aesthetics and comfortable size. 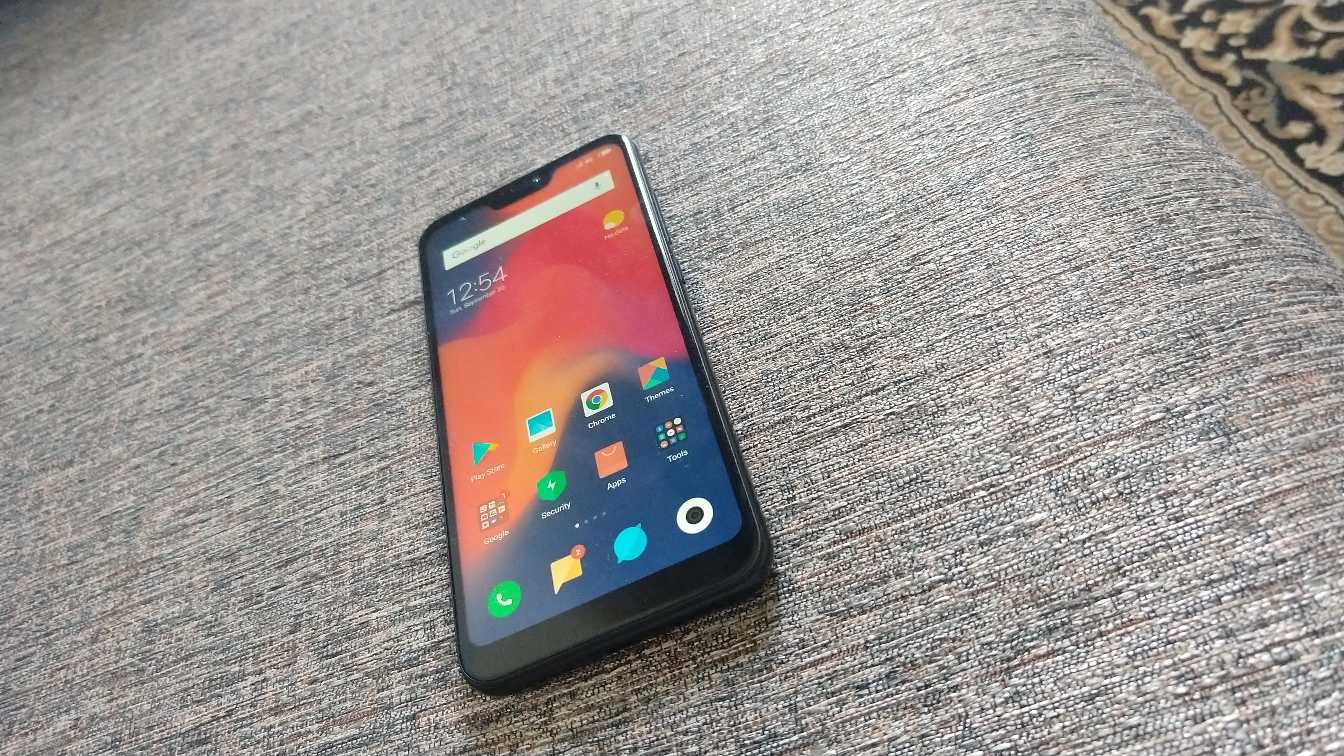 The 5.84-inch IPS display with Full-HD+ resolution is one of the highlights of the handset and it gets quite bright. You won’t have any problems using it in daylight and the 1080p + resolution ensures users get crisp and get quality in day to day media consumption and gaming. The notch, if you find it obtrusive can be hidden although it doesn’t go completely invisible. Since it is an IPS panel, you won’t get the deep blacks and the bright whites you usually see on OLED panels. Viewing angles are good and there’s no problem there. Overall it’s a great display for a budget smartphone and you can’t ask much more from Xiaomi and I’m satisfied.

The Snapdragon 625 has been the mainstay of Xiaomi since the last two years. Co-incidentally, the last two years have also seen phenomenal growth rates in the budget segment of India, especially for Xiaomi. The SoC is a tried and tested mid-range chipset and it performs well. Day to day tasks like browsing, downloading apps, or watching media are a piece of cake. The OEM has used the chip in numerous smartphones which have won the hearts of many users across India and the Redmi 6 Pro is no exception.

Gaming is also fairly fluid, however, you will see stutter and lag with heavy graphics and PUBG in high settings is not a good experience. It will run well with low settings though. Casual gaming is great especially as long as the processor does not get hot. This is where the Redmi 6 Pro can face some competition from the likes of the Asus ZenFone Max Pro and a couple of others. If Xiaomi could have used a Snapdragon 636 chip here, this could have been an irresistible deal that would once again allow the Redmi series to shine brightest amongst the competition. That said, this is not a bad processor, by any means, and most folks will find it a pleasurable experience.

The Redmi 6 Pro comes with MIUI 9.6 out of the box and it is well optimized for daily use. It packs a lot of useful features liked dual-apps, app-locker, Second Space (for hiding files), and customisable themes. I, for one, have always felt the lack of the app drawer very nagging and I’ve wondered what has still kept Xiaomi from adding an option to enable one in the skin. fingerprint scanning was fast as usual and I really got hooked on to using the face unlock as I prefer front fingerprint readers. It works really fast and accurately except for the darkest situations. It will probably get MIUI 10 and that should improve the performance as well as the visual appeal a lot more. Waiting excitingly for it!
One thing worth noting is that there is an area beneath the notch that stays black and wipes out some details like the three dots on the top right of many apps. This is when you hide the notch. This can be fixed with a software update but until then, users will have to live with that asymmetry. 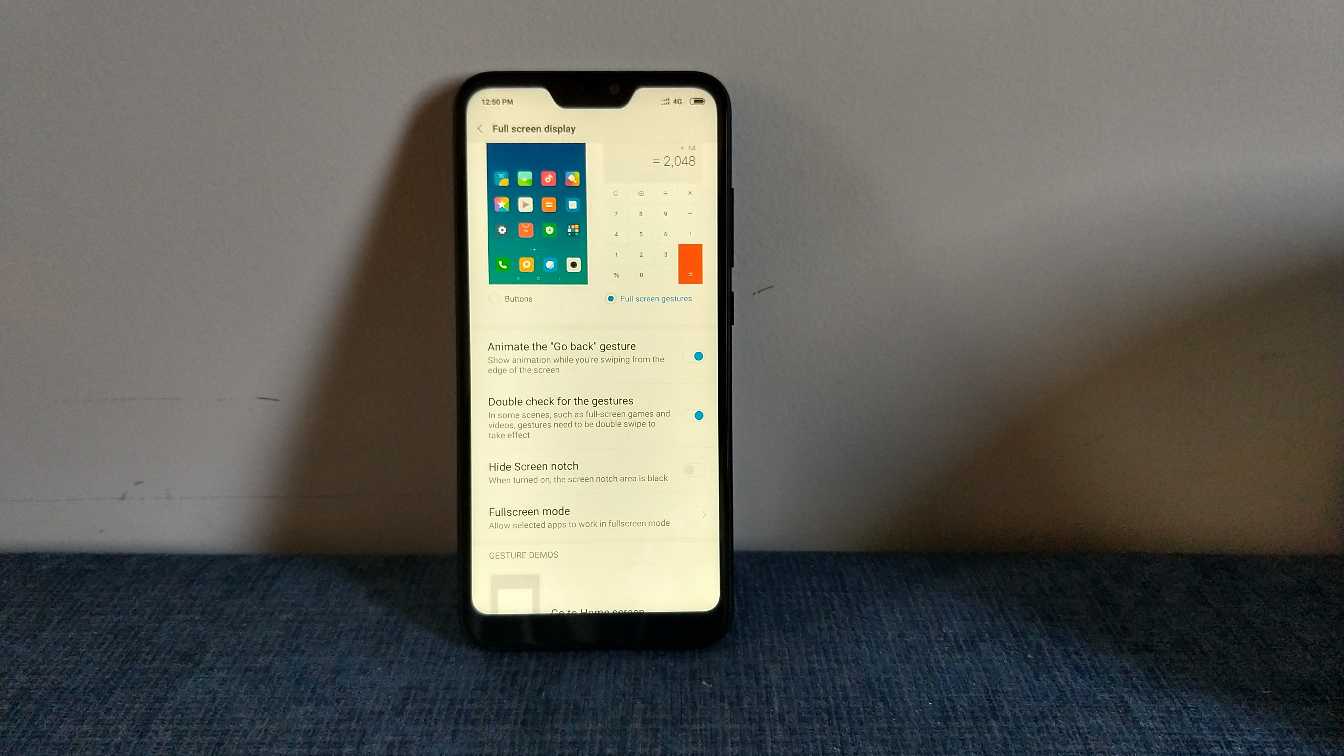 I found audio output via the speakers to be good. I’ve been using the Meizu 16th for some time and it has stereo speakers that I found very good. I’ve switched from that to the 6 Pro. Still, I haven’t felt much lack of volume even after that. That means it is pretty good. So is the 3.5mm jack that provides standard quality sound. As for the earpiece, it works reliably well as has been the case with most Xiaomi Redmi phones.

The Redmi 6 Pro rear camera is promising. It has the same setup as the Redmi Note 5 Pro at Rs 10,999 and that’s saying a lot. If you’ve used or liked the shots of the Note 5 Pro dual rear camera, expect the same from the Redmi 6 Pro. It’s one of the high points of the device. Expect good details and crispy sharpness and an improved HDR mode. The HDR mode on Xiaomi phones has been a hit and miss affair mostly and it messes up details in highlights and shadows. Not the Redmi 6 Pro though.

The front camera is not very impressive. And it is the single thing in the whole spec-sheet I did not like. It’s not unusable but it loses out on many details and sharpness. You can use it for social media and selfies, but it won’t impress many unless you try hard. All this is for daylight quality, as for low light, the dual camera holds up much better than the selfie shooter which is very noisy. In that case, just try to get some artificial light to make up for the lack of it.

The Redmi 6 Pro has EIS which is great on a budget device and can shoot 1080p videos but unlike photos, video colours seem to be a little offbeat. 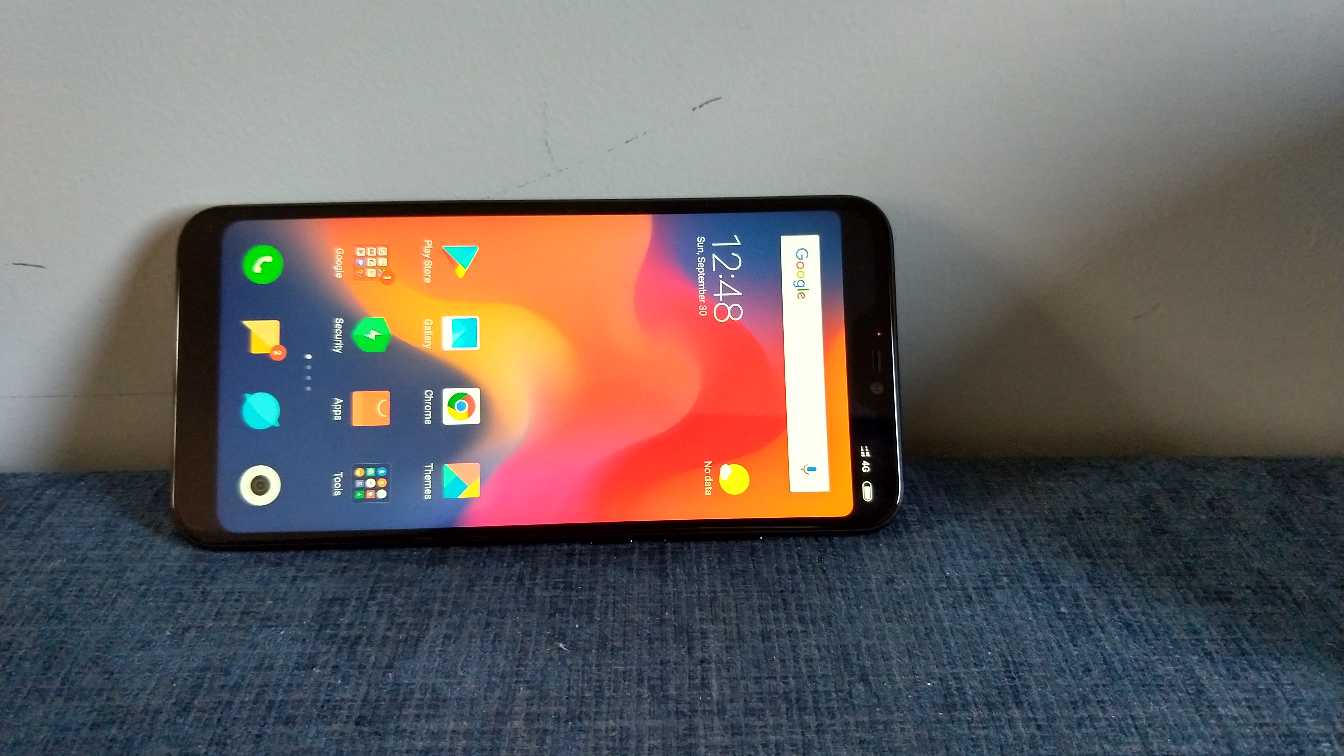 Xiaomi has always been good at getting the best out of a battery and the 4,000mAh juice pack will last you a day easily even with heavy use. With moderate use, you can stretch it for two days without charging. My typical day doesn’t include a lot of battery-consuming work so I mostly end up with 60 to 70 percent battery. This is enough to last me the second day. I usually do a lot of messaging with always-on Wi-Fi or data, some YouTube videos and some browsing. That’s until evening. After that, there’s more of media consumption, gaming, and basically more screen on time. With heavy usage, the Redmi 6 Pro lasted me 7-8 hours of SOT in my week of usage.

The under Rs 13k segment in India is getting crowded by the day with very hard competition and mind-boggling options. Still, the Redmi 6 Pro is a decent option from what is now a trusted brand in India. Xiaomi now has a good chain of service centres across the country which will ensure good after-sales support which some other competitors like Asus don’t have. The handset provides reliable performance for average users with great battery life and has a sturdy build and design. It also has some nice extras like a triple card slot which lets you use a microSD card without taking out any of your two SIMs. All this at a starting price of Rs 10,999 is definitely worth giving it a thought.

Next Nokia 7.1 Plus global variant gets FCC's nodding