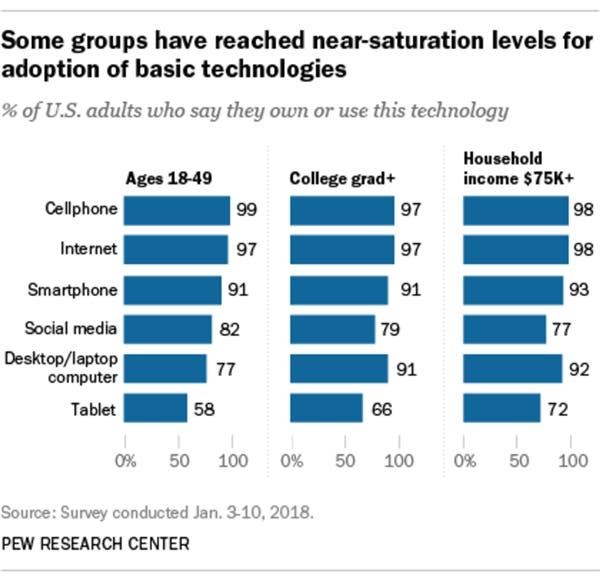 Of the American adults between the ages of 18 – 49, 99% own mobile phones, and 91% of this group owns smartphones. According to statistics, the total number of American adults with mobile phones is about 95%, and the Internet usage rate is 89% (the 18-49 years old group reached 97%). However, what’s interesting is that this number hasn’t changed much compared to 2016, and it has been at its peak. Of course, this data does not take into account the fact that consumers upgrade to a new model every few years, but it clearly shows that in the United States, not many new smartphone users are attracted. 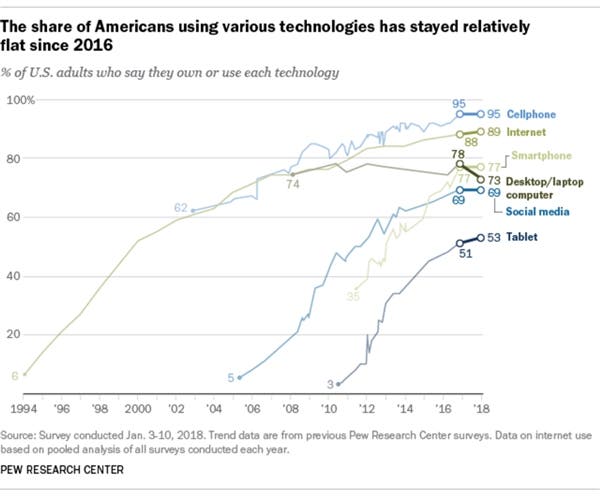 According to to the reports, this is the reason why the growth of the global smartphone market has been driven largely by the growth of demand in China, India and other emerging economies. of. However, this does not mean that American technology company has completely disappeared from production, they still have a huge chunk of that pie. In the supersaturated US smartphone market, a large number of technology companies need to invest more money in innovative services, technologies, and equipment for the market to grow. The data shows that in recent years, the use of global wearable devices, IoT devices, and smart TVs has increased.

Finally, the Pew Research Center points out that due to the proliferation of technologies such as the Internet and smartphones companies, such data that observes and focuses on mobile phone possession may soon be meaningless. Experts at the center predict that soon after, the Internet will become as common as electricity for everyone.

Apple earns the most on the smartphone market