Xiaomi Mi A1 was released sometime last year and it became the first Xiaomi smartphone to come with stock Android. This smartphone was an instant hit in the market and apart from some few update compatibility issues, there were really no complaints regarding this smartphone. Xiaomi Mi A1 did so well that when the company released its predecessor, it released two variants – Xiaomi Mi A2 and Xiaomi Mi A2 Lite. Now, we have a sad event related to this smartphone. A senior member on the Mi forum recently reported that his friend bought the Mi A1 about eight months ago and all was well until a few days ago. While the owner left his phone charging and slept, the device went up in flames but thankfully, the owner wasn’t hurt because the device was in a protective shell and it wasnt close to the owner. 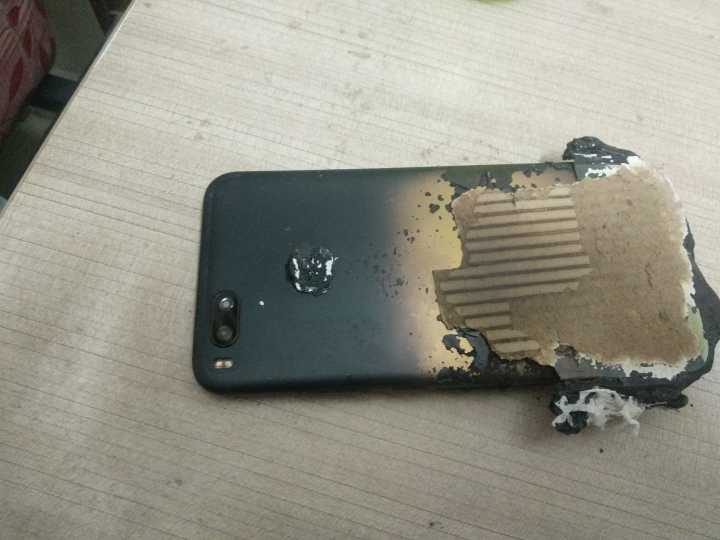 We don’t exactly know where this event took place but the case has been reported to the company with the hope of some compensation. In recent times, there has been a strong quest for more power and speed of smartphones such that OEMs try to stack everything in a device. We’ve had several cases of smartphones exploding and some of the cases caused serious casualties such that there is a legal battle in court.

The important question now is the possible cause for the explosion. It could be as a result of many issues such as defective battery, bad charging adapter, charging pattern, overvoltage, and others. If Xiaomi is to give any compensation, the company will certainly do a thorough investigation before it compensates. However, the general advice is, do not charge your smartphone overnight. Apart from the risks of explosions which are rare, it could cause harm to the battery in the long run.