Google’s latest flavor of the mobile OS – the Android 9 Pie was released a couple of months ago and it is already available to Pixel and a couple of non-Pixel devices. And while other manufacturers are yet to detail a roadmap for the Android 9 roll out to their existing phones, HMD Global about a month ago updated the Nokia 7 Plus with the latest Android 9.0 OS, and has today announced a roadmap for the roll out of the latest OS update to four smartphones in its fleet.

At the brief launch event held earlier today in London, HMD Global assured both users of the regular Nokia 6.1,  and the larger 6.1 Plus, as well as users of the Nokia 8 and Nokia 8 Sirocco that their units will get a taste of the latest Android 9.0 Pie OS later in October and November 2018 in that order. HMD Global hasn’t in clear terms specified exactly when we should watch out for the update,all it said is that the aforementioned devices will be updated to Android 9 in October and November. Our guess is that the said update will be released alongside the  October and November security patches when released by Google later on. 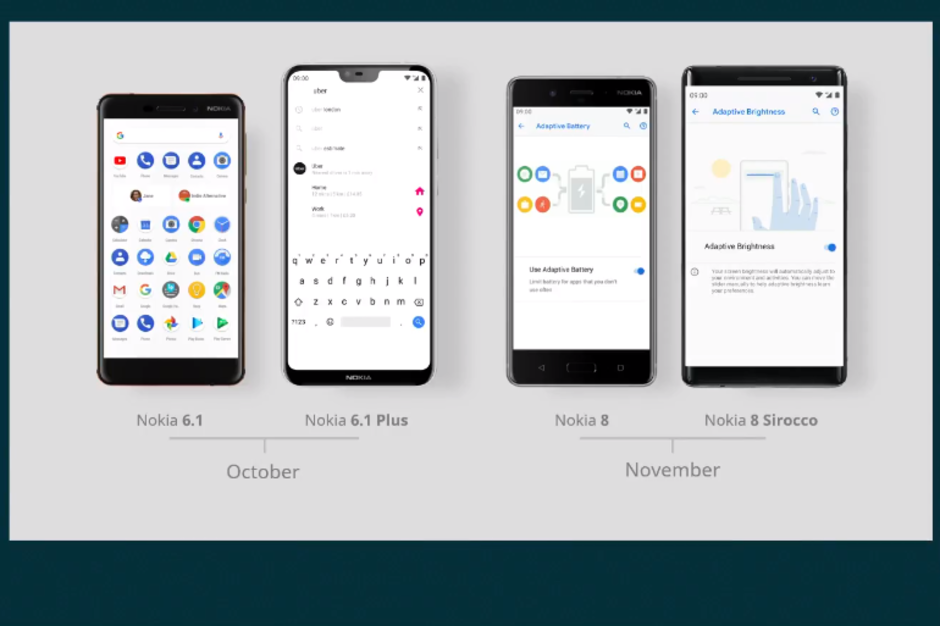 Although no changelog has been provided, however, the usual features associated with the Android 9.0 Pie are all expected to be part of the update.