In recent times, we have seen a lot of leaks regarding the upcoming Google Pixel 3 and Pixel 3XL. These smartphones will arrive next week but we still have some information regarding the device. From the previous leaks and rumors, we have seen these devices in white and black colours. However, a recent report by Androidheadlines shows that the 2018 Pixel series will also be available in Pink colour.

The new information shows this smartphone in black, white and pink colours but it did not clarify if these are all the colours we should expect. The grey colour which is popular with Pixel phones is missing, perhaps the company wants to try something new. Previous renders have shown these smartphones in Mint colour but we cannot authoritatively comment on the fate of that colour option for now. Well, if this report is anything to go by, then we should kiss the Pixel Ultra “goodbye” as it suggests that there will be no Pixel Ultra. 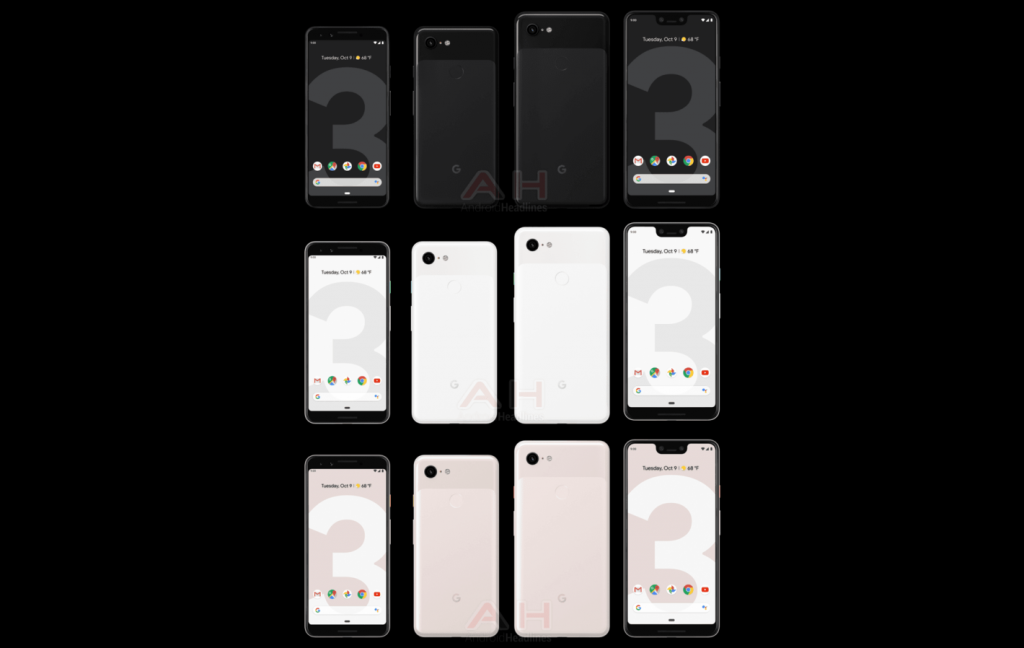 Google is trying to be smart with the notch idea by using a notch display on the Pixel 3XL and expunging it on the Pixel 3. The bezels on both phones are quite slim but the chin is significant. As we know, the Pixel XL is slightly larger than the Pixel 3 but both devices are powered by a Snapdragon 845 SoC coupled with 4GB of RAM and 64GB of storage (for the base variants). No doubt, both phones will come with Android 9 Pie and while the Pixel 3will have a 1080×2160 screen resolution, its counterpart will ship with a 1440×2960 display resolution. The lights of the Pixel XL will be kept on by a 3,430 mAh while the Google Pixel 3 will make do with a 3,000 mAh battery.

Previous Interbrand: Huawei is the 68th best brand in the world