In recent times, Chinese manufacturer, Huawei, has been doing quite well in the market and its brand name is becoming more relevant to the world. Recently, Interbrand, the world’s largest brand consulting company, released the TOP 100 best brands in the world for 2018.

Among them, Apple, Google, and Amazon are among the top three. Chinese brand Huawei ranked 68th, which is a two-place increase from its last year ranking. The brand value increased by 14%. This is the fifth consecutive year that Huawei has ranked among the top 100 best brands in the world and continues to maintain its ranking. Huawei entered Interbrand’s best brand rankings for the first time in 2014 and was the first mainland Chinese brand to enter the list, ranking 94th. In 2015, Huawei ranked 88th. In 2016, Huawei ranked 72nd, becoming one of the fastest rising brands in the technology sector. 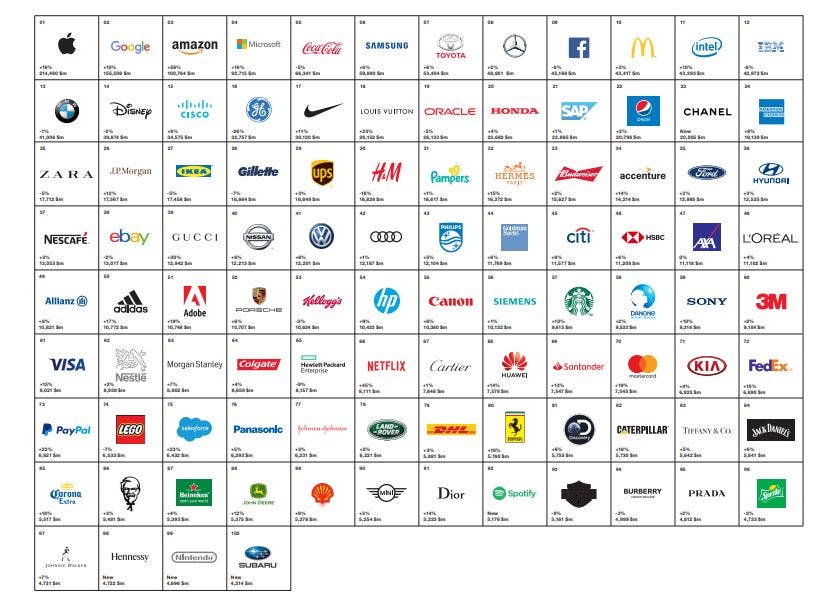 In 2017, Interbrand ranked Huawei in the 70th position and its brand value increased 14% year-on-year to US$6.676 billion. Founded in 1974, Interbrand is the world’s largest integrated brand consulting firm, with more than two-thirds of the world’s top companies, which publish “Best Brand Rankings” every year. The rankings are measured in terms of brand performance, influence and the ability of the brand to protect the company’s continued revenue. It has a global influence and can be used as a basis for measuring the value of a company’s brand.