The Huawei Mate 20 and its pro variant have been in the leaks and rumor mill for a couple of months now, but as it is usual for most flagship launches, we are now getting supposed official renders of the devices, even with few days to the launch event. Days after the top-end Huawei Mate 20 Pro surfaced in a leaked official render, the non-Pro Mate 20 has today surfaced in a similar render, revealing all there is to reveal from all angles.

The renders first obtained by Winfuture show reveal the Huawei Mate 20 not too different from the manner we have seen in leaks up till this moment. Up front, the base Huawei Mate 20 and the Pro variant looks similar to the Huawei Mate 20 pro, but not without a few differences. First, Huawei seems to have ditched the dual-edge 6.3-inch AMOLED display for a slightly larger 6.5-inch LCD flat panel. Still, on the display front, it is evident that the bezel on the Mate 20 appears to have been reduced below the display and on both sides, while the notch above the screen is the water-drop type which is home to a front-facing camera and the proximity sensor, but with no 3D facial recognition tech in place. 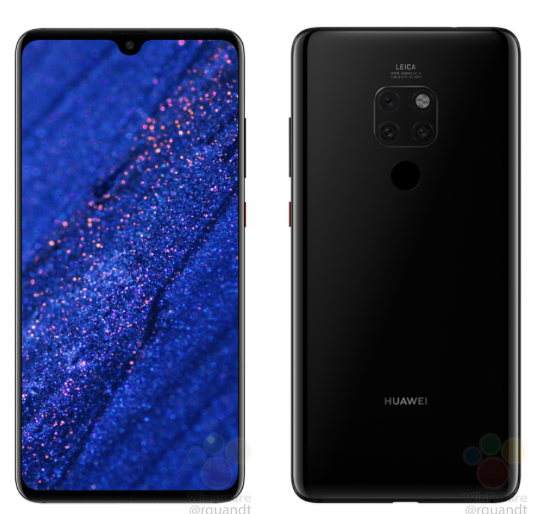 There appears to be not much differences when flipped over to the other side. The Mate 20 will retain the Mate 20 Pro triple rear camera setup but will house a fingerprint instead of the in-display scanner of the Mate 20 Pro. In terms of the camera configurations, there are talks that the Mate 20 will come with a 20-megapixel main sensor,  with a 12-megapixel monochrome sensor as well as an 8-megapixel wide-angle sensor. 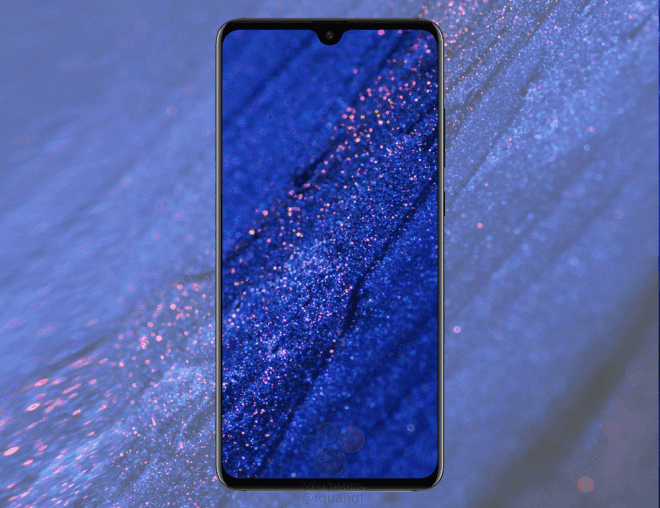 In terms of the internal makeups, both devices are expected to use the latest Kirin 989 SoC coupled with 4GB RAM and 64GB storage for the base model, while the pro variant could have up to 8GB RAM with 512GB storage. Although there are still a couple of things we do not know about the Huawei mate 20 and its pro variant, a leak out of Europe earlier yesterday revealed that both devices could sell for as much as $850 and $1100 in the EU region.

The Mate 20 and the pro variant will both be unveiled in a few days from now, where Huawei will detail the pricing as well as roll out plans for both devices.

Previous Should Xiaomi and TV Panic Because Huawei's Entrance in TV Market?

Next Interbrand: Huawei is the 68th best brand in the world