We are only a few days away from the expected Google hardware event in October, but the leaks do not stop. Now a store in Hong Kong has already started selling the Pixel 3 XL for about $2030, and Engadget has borrowed one of the devices for a first hands-on video.

There is not a lot of new informations, except that we can see the accessories that comes with the phone and the software running. In the box, a pair of USB Type C headphones, a headphone adapter, a Type C cable and an 18W power charger.

The main camera can record 4K at 30FPS, while the front cameras are limited to 1080p.

The only aspects of the Pixel 3 XL that remain to the imagination at this time are the features of the software that have not yet been included in the units that are for sale. We have not seen all the colors live, like the recently filtered ‘Arena’ (pink). 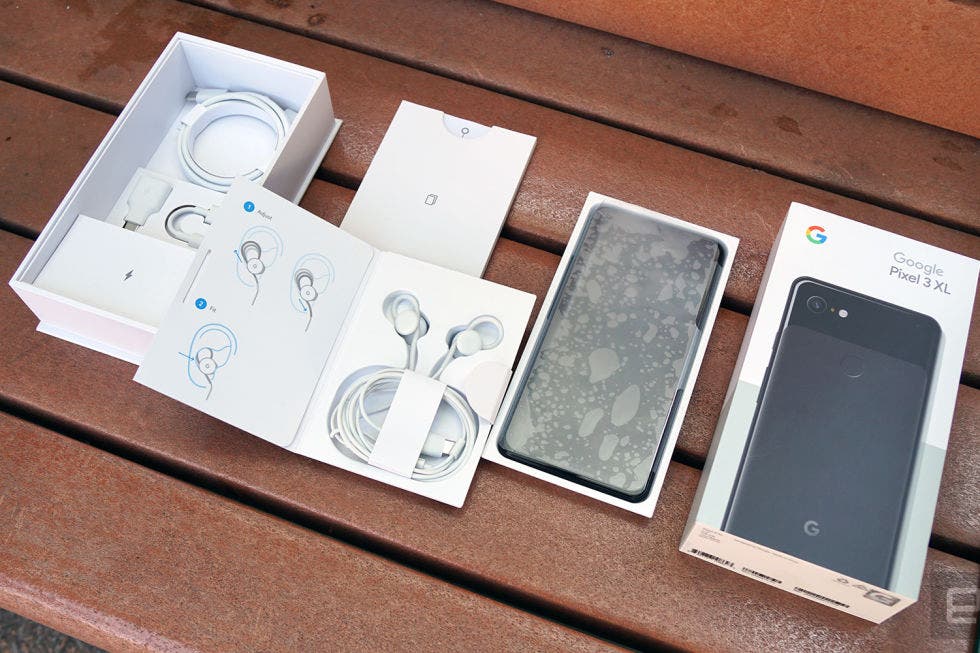 Even though the Pixel 3 series has been leaked over and over again over the past few months, certainly Google still has some tricks up its sleeve for the New York event. We’re also expecting a Chrome OS tablet, a “Home Hub,” a new Chromecast and maybe a few more surprises.

Next This is Pixel Slate: A Chrome OS tablet with keyboard and stylus