Chinese manufacturer, OnePlus, is getting ready to unveil its new flagship smartphone, OnePlus 6T. This device is set to launch on October 17th but we already have a pre-order page for its protective case & glass. This protective case and screen guard is made by Olixar and it is available for $26.99. From the screen protector, we can confirm that OnePlus will be using a water-drop styled notch on the OP6T with thin side bezels and an insignificant chin. This design would greatly increase the screen-to-body of this smartphone and it is something to look forward to. We have actually reported these design in our previous post but the landing page just became active for pre-order. 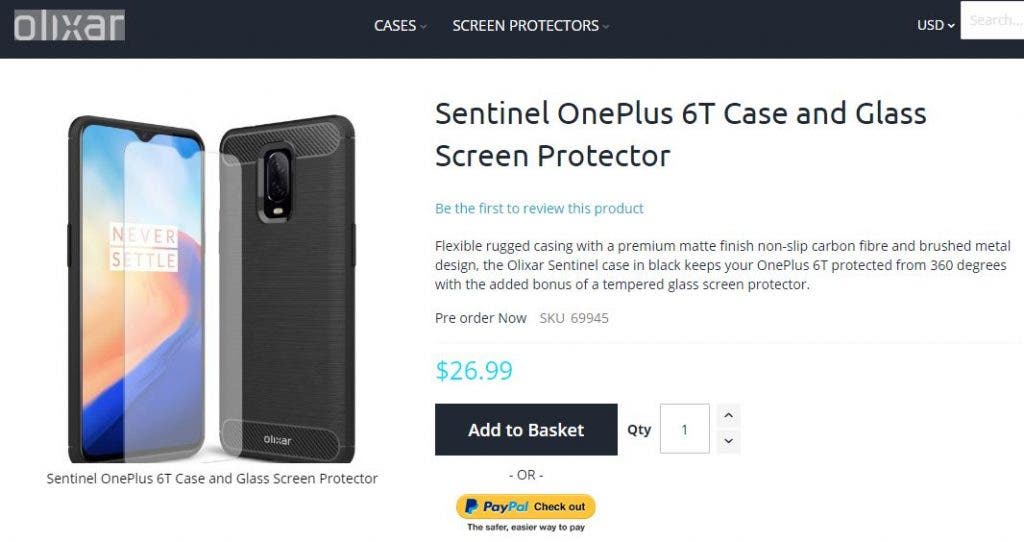 Our previous reports show that the OnePlus 6T will use an on-screen fingerprint scanner and should be powered by a Qualcomm Snapdragon 845. Sadly, the images of the cases confirm another well-known rumor about the device: it won’t have a 3.5mm audio jack. It’s really hard to tell right now if the lack of this component will bring down sales for the handset, but we can definitely say it won’t help the smartphone standout from the competition. 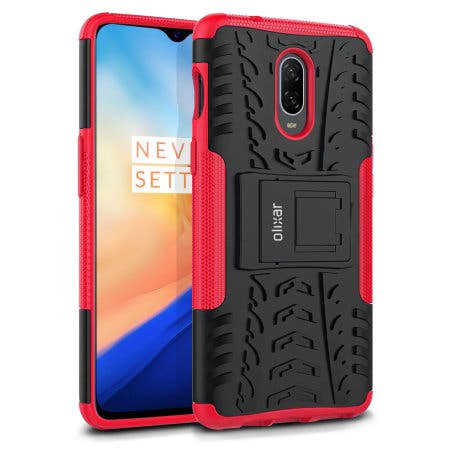 If you already plan on getting the phone no matter what, check out the cases and screen guard produced by Olixar and you can pre-order one HERE.