Chinese smartphones maker OnPlus will be introducing its upcoming smartphone – the OnePlus 6T to a global Audience in a few weeks time. The event will be held concurrently on October 30 in NewYork and New Delhi – India, and as is its tradition,  you will have to pay if you must attend the OnePlus 6T launch event. Oneplus earlier this week starting selling tickets for its launch its October 30th event. To be at the event venue, Oneplus is asking for $20/17/£16/₹999 in exchange of an entry ticket, a pair of Bullets Wireless headphones, an exclusive memorabilia, as well as the opportunity to get a real life experience of the upcoming device.

While the October 30th event is for its global audience, OnePlus has today released a launch teaser for its home country. According to the teaser, OnePlus will hold a fresh launch event for the OnePlus 6T on November 5th at 14:00 in China, where it will announce the pricing as well as rollout details of the device in the country.

Similar to the OnePlus 5T launched about a year ago, OnePlus may live stream the New York launch event at the Delhi launch event center, so we are entirely not expecting a dedicated event in India where it will be exclusive to Amazon. 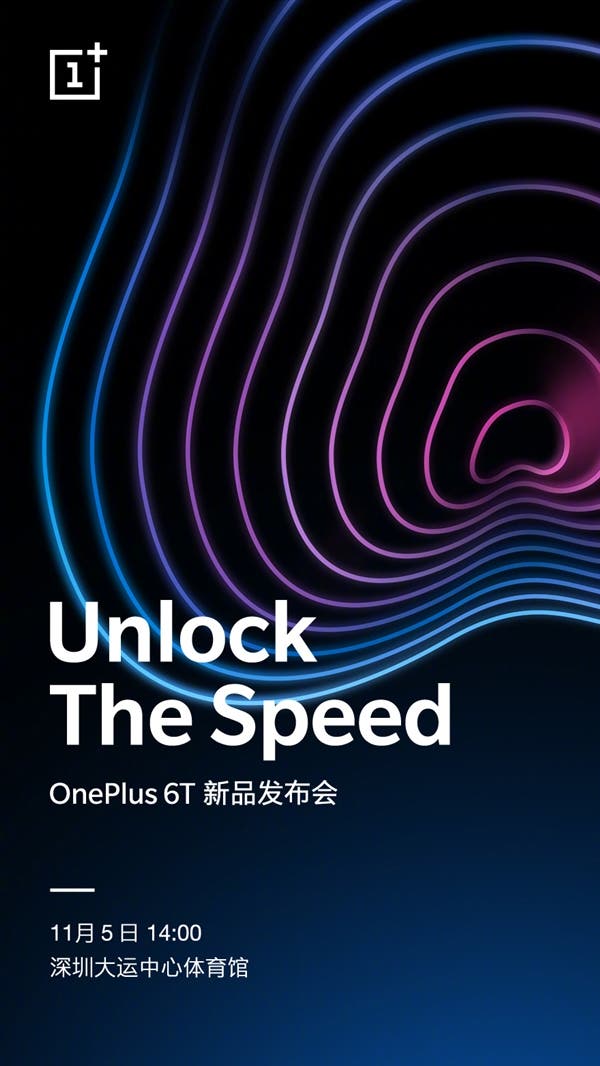 We are presently not sure what price tag the Chinse firm would b be slamming on the OnePlus 6T, however, there are murmurs that the base model could sell for as much as $550.