Huawei’s other brand, Honor, could be joining the league of  Oppo and Vivo soon, as it seems set to release a new smartphone to be based on the new Huawei Kirin 980 SoC. First teased at its event ahead of the IFA show in Berlin earlier in August, Huawei’s other brand, Honor,  has today officially released a launch teaser for the Honor Magic 2. There isn’t much we can glean from the teaser, however, the teaser says the device will be released the same date Nubia will be releasing its Nubia X – on October 31, while the teaser also makes it evident that the device will come with a slider design with almost 100 percent screen to body ratio by hiding the selfie camera with a sliding mechanism.

Huawei’s Honor isn’t the first nor second brand to have come out with this new technology, as we have seen similar tech in Oppo’s Find X and even the Vivo Nex, but Honor’s use of the tech appears to be different as the slider will be opened manually. President of Honor, Zhao Ming stated in a recent interview that the Honor Magic 2 slider mechanisms will have a bit of AI features incorporated, even though he hasn’t delved into details. 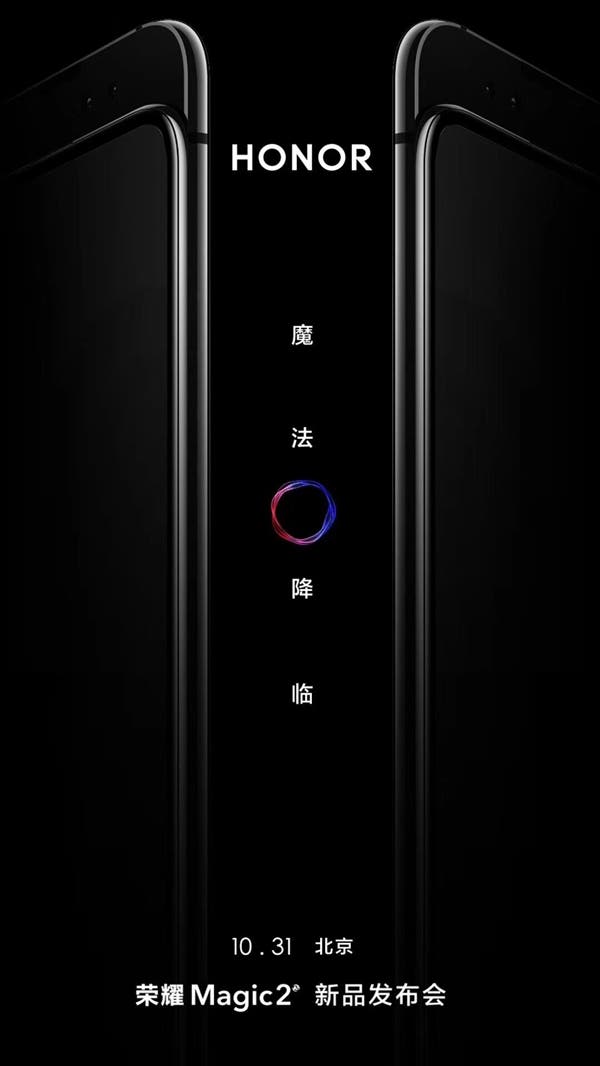 From what we know so far, the Honor magic 2, as well as the Huawei mate 20, will feature Huawei‘s latest Kirin 980chipset at its heart, while the rear fingerprint sensor will be swapped for an on-screen fingerprint scanner. The honor magic 2 is widely expected to feature a triple rear camera setup, while it will come with improved battery life with a 40W super-fast charging technology.