Recently, OPPO K1 appeared online and there were widespread speculations if the information is real because it is a new series.  Subsequently, a new OPPO model PBCM30 was approved by TENAA and yesterday, we saw the first real image of this smartphone. It uses a waterdrop notch display and the screen is quite big. Reports suggests that the rear has a gradient colour and it is likely to support an on-screen fingerprint sensor. 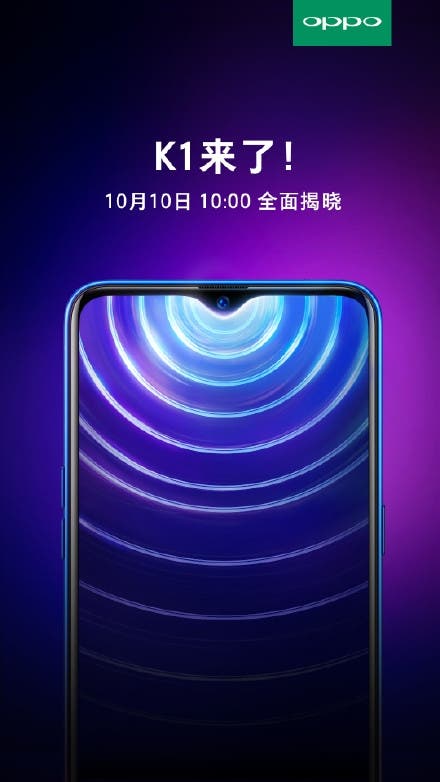 Today, some Weibo users exposed a set of OPPO K1 preheating posters which shows that this smartphone will be unveiled on October 10 by 10:00. In addition to the appearance of this smartphone revealed by the poster, it also shows that the Oppo K1 will be the first smartphone with an on-screen fingerprint sensor priced between 1000 Yuan ($145) and 1999 Yuan ($289). 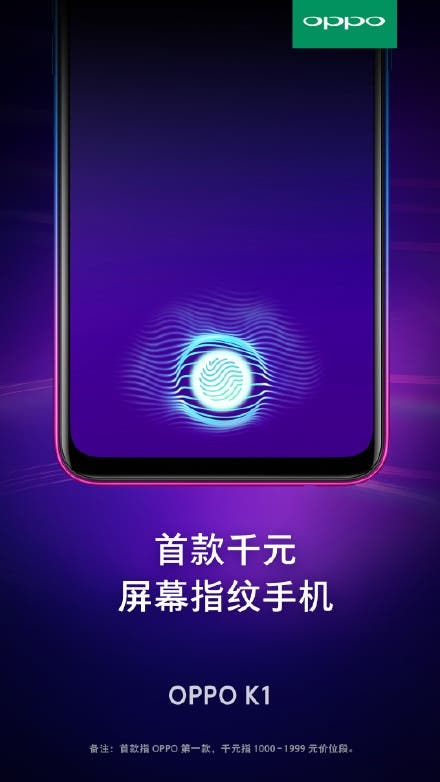 Previously, a new OPPO model PBCM30 was approved by TENAA and many believe that this smartphone is the OPPO K1. Its biggest highlight is support for screen fingerprint recognition. The OPPO PBCM30 uses a 6.4-inch 2340×1080 AMOLED display with an aspect ratio of 19.5:9. The screen size and resolution are the same as those of OPPO R17. It is powered by a Qualcomm Snapdragon 660 SoC (backed by Adreno 512 GPU) clocking 1.95GHz coupled with 4GB+64GB and 6GB+128GB configurations. In the camera department, we have a 25MP selfie shooter which continues Oppo’s love for huge front cameras and a 16MP+2MP dual rear cameras. The lights of this smartphone will be kept on by a 3500 mAh battery. According to several reports, this OPPO series will be cost-effective.