The Qualcomm Snapdragon 710 is probably one of the more interesting SoCs out in the market due to its good compromise between performance, power consumption and price, but sadly we do not see it used too often yet.

That’s set to change very soon with a new relatively affordable option coming from Vivo – the Vivo Z3. Vivo’s Z3 is indeed going to pack the new CPU while keeping costs down, we’re talking of a price tag of 1799 Yuan, which is around $260.

The launch date of this very interesting handset has been revealed by Vivo in a poster (you can see below). In it, the company confirms the October 17th release and the presence of a Snapdragon 710 AIE CPU along with Vivo’s Dual Turbo technology which is expected to speed things up both while gaming and not, similar to what we see with Huawei’s GPU Turbo. 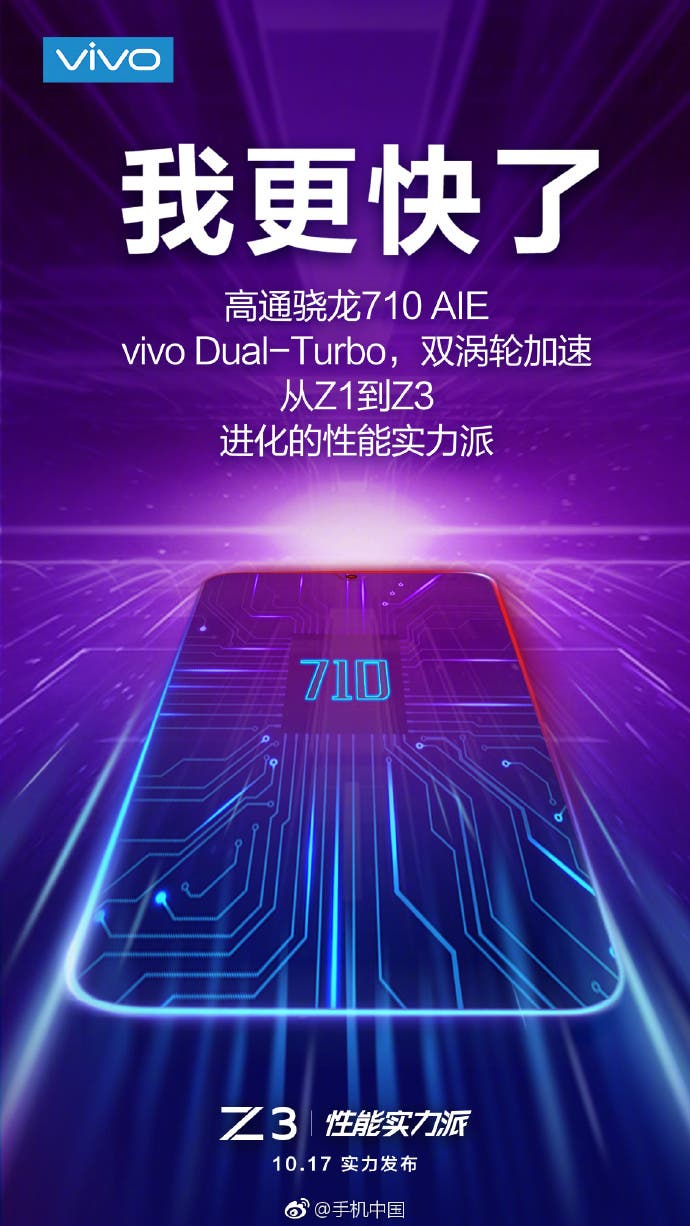 Other specs for the handset are still unknown but we would be surprised if we saw a display without water-drop notch design, at least 4GB of RAM and 64GB of internal storage.