Two days ago, a new smartphone dubbed Xiaomi Mi 6S appeared on GeekBench and the listing shows that this device will be powered with a Qualcomm Snapdragon 835 processor and will also come with 6GB of RAM, Android 9.0 Pie system. On Geekbench, this purported smartphone racked up a single-core score of 1747 and a multi-core score of 7039. However, it appears that the information was wrong anyway. The director of marketing for Xiaomi’s mobile phone products took to Weibo to deny the existence of the Xiaomi Mi 6S. Concerning the phone, he said, “There is no Xiaomi Mi 6S”. From this point of view, it is most likely that the company has a new SD835 phone in play but it’s not called Xiaomi Mi 6S. 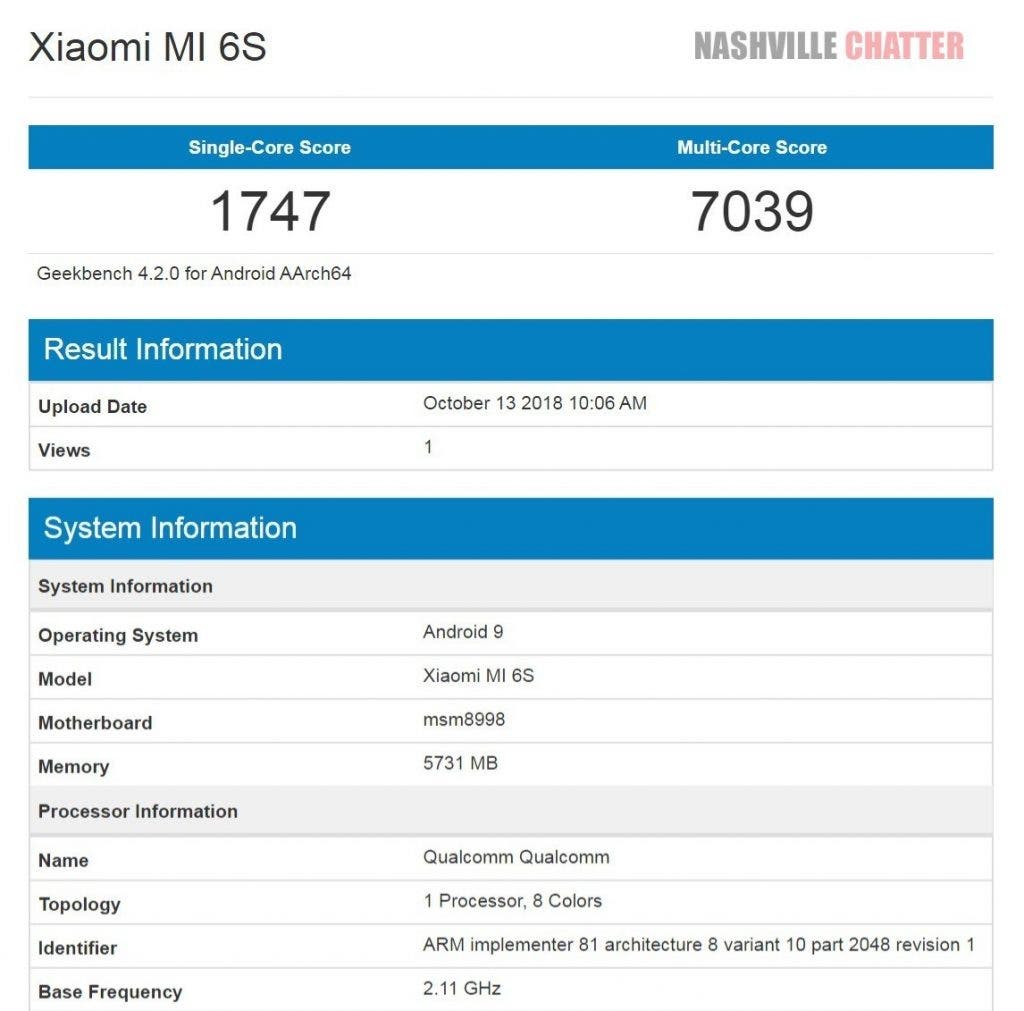 It is worth mentioning that this month, Xiaomi is expected to launch a flagship slider phone, which has nearly 100% screen-to-body ratio, equipped Qualcomm Snapdragon 845 processor, and supports an on-screen fingerprint sensor. This smartphone may be called “Xiaomi Mi MIX 3”