The Huawei new Mate series has the best endurance of all Huawei flagships until now. Last year, Huawei Mate 10 and Mate 10 Pro were equipped with 4000mAh large capacity batteries. This year’s Mate 20 series went further. Mate 20 continued to maintain 4000mAh battery, Mate 20 Pro increased to 4200mAh, and Mate 20 X reached 5000mAh capacity. So How much improvement in the endurance of the Mate 20 series compared to the Mate 10 series?

In an interview after the London conference last night, Bruce Lee, vice president of Huawei’s mobile phone product line, said in an interview that Huawei Mate 20 has improved its life by 4 hours compared to Huawei Mate 10. In addition to the expansion of capacity on mobile phone batteries, the Kirin 980 brings a smaller process technology (7nm), which also results in lower power consumption and more efficient operation. 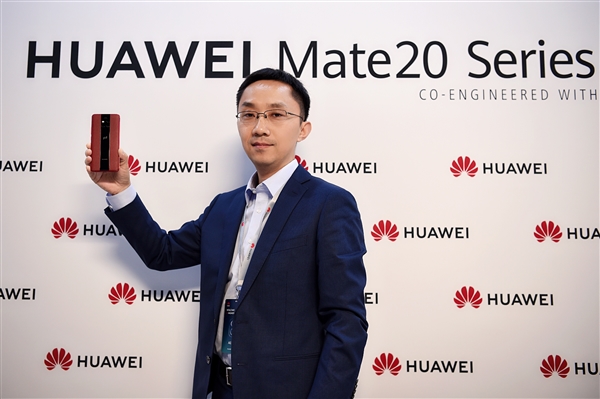 For the first launch of the 5000mAh high-capacity battery for the Mate 20 X, Bruce Lee also explained the reason. He said that the reason for the introduction of a larger capacity battery is related to the user’s needs. At the beginning of the Mate series, the 4000mAh battery can suffice the basic needs of users, but now the major telecom operators reduce the traffic charges, users will use more traffic, and Every 1 bit of traffic will drive the consumption of electricity, and now it needs better battery life and larger battery capacity to responds to the needs of users.

“On One hand hand, we have to use a higher power ratio processor to reduce battery power consumption, on the other hand, we need to use faster charging speed to meet the respond to users needs.” Bruce Lee said.

He also said that Huawei has always valued charging safety. When developing better charging heads and rechargeable batteries, Huawei is ahead of industry standards in terms of cell design, cell diaphragm, and insulation distance.

Bruce Lee believes that only by using higher standards you can create safer products, there are very few battery suppliers on the market that can meet Huawei’s requirements.

Next Xiaomi Mi Mix 3 is able to unlock a laptop