Bearing the model number black shark AWM-A0, the alleged Xiaomi Black Shark 2 is seen with the same basic details presented by the Razer phone 2 on the same Benchmark site – a Snapdragon 845 chipset and 8GB of RAM. The listing reveals the Xiaomi Black Shark 2 floors the Razer Phone 2 – achieving 2403 points on single-core test whereas on multi-core test the device achieves 8389 points. 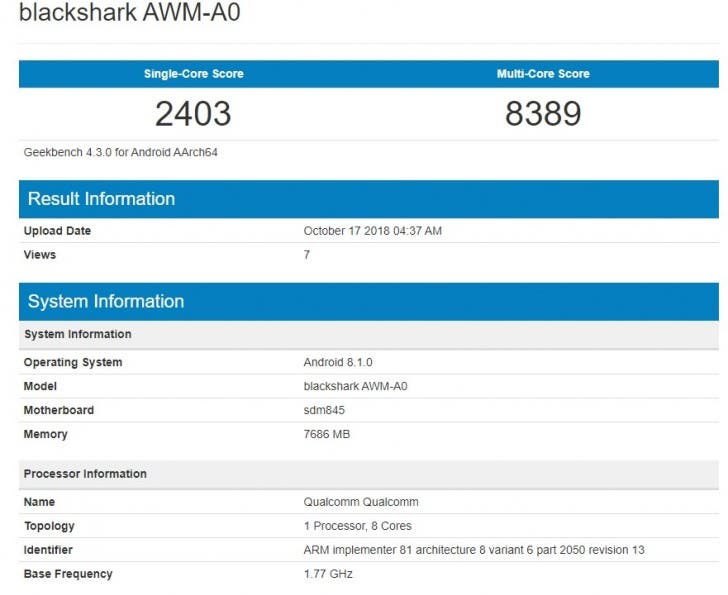 The device took the Geek Bench test with Android 8.1 Oreo onboard, but with the Android Pie already in the public domain, the device is expected to get Android Pie update.