There have been good indications to believe that Apple will be holding an October event following its September event which brought a trio of iPhones and an Apple Watch. Now, the Cupertino giant has issued media invites to a launch event later this month, precisely on Oct. 30 in Brooklyn, New York.

Interestingly, the company appears to be circulating invites with different images, but with the same “There’s more in the making,” tagline. And while that isn’t explicit enough, there are strong indications that it could be mainly an event for the refresh of the redesigned iPad Pro, new Mac, Mac mini, iMac and more.

First released back in 2015, the Apple iPad Pro models are due for a refresh, and that could be the highlight of Apple’s October 30th event. Prevailing rumours suggest the 2018 iPad pro could come in new 11-inch size and a redesigned 12.9-inch size with reduced bezel and TrueDepth camera. 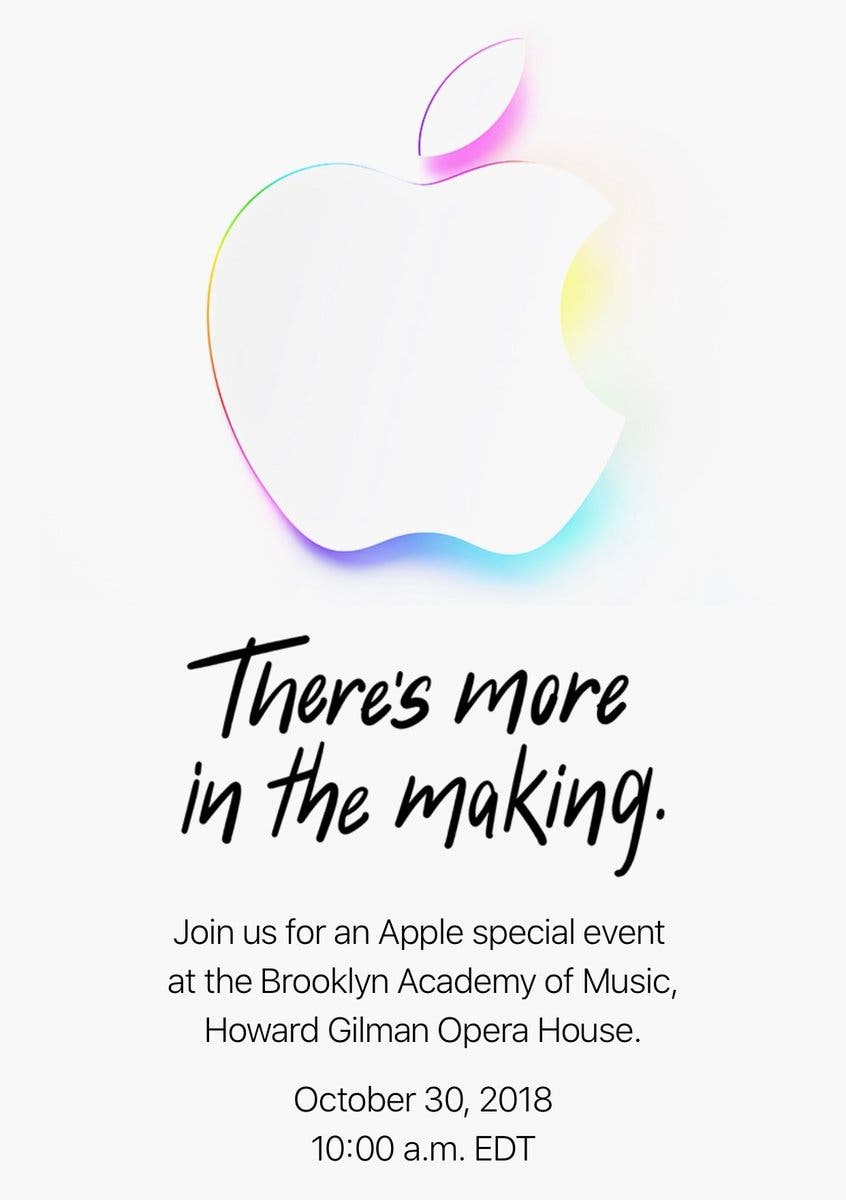 There are indications too that the Mac mini, MacBook, MacBook Pro, new AirPods and more. The event is for Tuesday, October 30th 2018 at 10:00 am EDT, and there are chances it would be streamed live on various channels.