Recently at an event in London Huawei had launched its four new flagship smartphones, the Mate 20, Mate 20 Pro, Mate 20 X and Porsche Design Mate 20 RS. Up until now, it was uncertain when the series of smartphones would land in India. Today, Amazon India has dropped a hint on its page that the Mate 20 Pro will be announced in India soon. The teaser page takes you on to a “Notify Me” option through which you will get info of its future release and other details.

The Huawei Mate 20 Pro has some following interesting features such as a triple rear camera setup encompassed with an edge-to-edge display with a notch surrounding front camera with 3D depth-sensing capabilities etc. The new phone will generate the dash charging power of 40W and the wireless charging at 15W. Moreover, the one really cool feature that it includes is that the phone can work like a power bank to wirelessly charge other devices which, of course, are compatible with wireless charging. 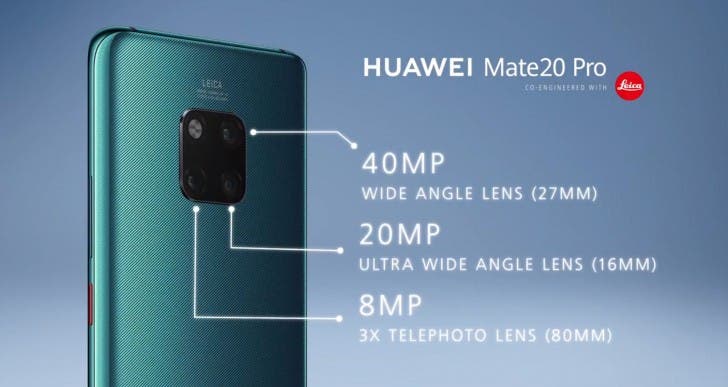 The device comes with 6GB of RAM and 128GB storage option also it has an option of extending the storage by using a nano memory card. The phone is operating triple rear cameras of 40MP and the front carries a broad view of 20MP camera which features a telephoto lens for portrait mode and optical zoom. The Huawei Mate 20 pro has long endurance with its 4200mAh battery.

The price tag that the Mate 20 Pro will be carrying is about $1,049 (Rs 89,100 approximately). However, that is our assumption and the official price could easily exceed that.