The Redmi Note 6 Pro, which was launched quietly in Thailand by Xiaomi a couple of weeks ago is now sighted on Xiaomi’s Spanish website. The website speculates that it will be appearing shortly in Spain. Moreover, there is a leaked teaser that popped online in India which hints that the Redmi Note 6 Pro will soon be official in India in November.

However, the leak does not straightly address the name of the smartphone but somewhat it highlights the forthcoming as “flagship camera killer” which implies that it will be appearing in India shortly and also it links that the venue of the launch would be in New Delhi around 10th – 19th November. According to some unknown sources it is claimed that Xiaomi could be launching its new phone on Diwali festive season in India. 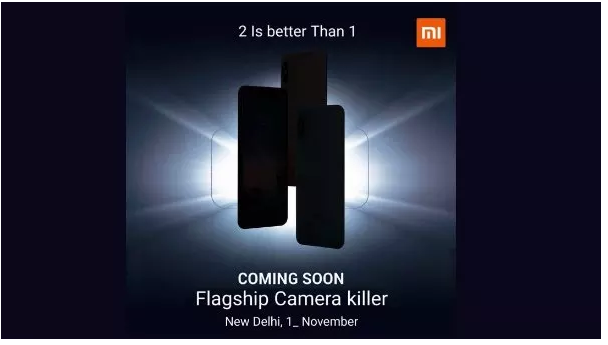 Coming to its specs and features, The Redmi Note 6 Pro is powered by Snapdragon 636 chipset and carries a display of 6.2-inch IPS LCD screen with FHD+ resolution. The phone is furnished with a 20+2 MP dual front camera and at the back, it carries 12+2 MP. The device is generating a power of 4,000mAh battery. There are some additional features which support the phone are microSD card slot, a rear-mounted fingerprint scanner and MIUI 9 flavoured Android 8.1 Oreo OS.

It is believed that the phone will be arriving in India in Black, Blue, Red and Rose Gold. The price of the phone differs with the choices of users as the phone will consist 4 GB RAM + 64 GB storage and 6 GB RAM + 6 GB RAM variants and it will cost Rs. 14,999 and Rs. 16,999 respectively. Lastly, it is anticipated that could be launching Mi Max 3 phablet in India soon.