Gaming smartphones were never a real thing, after all, there are no much games to offer a real gaming experience. Despite this, Razer decided to buy the idea of a gaming smartphone, then it led other companies such as Xiaomi and Asus to follow with their respective devices. According to one industry insider, another company will soon be joining to the gaming party, that may not sound good for other device makers since we’re talking about no other company than the world’s top smartphone manufacturer – Samsung.

Details about this particular device are yet to be provided, but past rumors already revealed that Samsung was working in a Snapdragon 845 powered Galaxy A device, this could be, in fact, the Samsung’s gaming smartphone. If this is indeed the case, the processing power would be paired with 8GB of RAM and up to 256GB of Storage. This house of specs would be powered by a 4,000mAh battery with a Water Carbon Cooling System, pretty much like the Galaxy Note9. 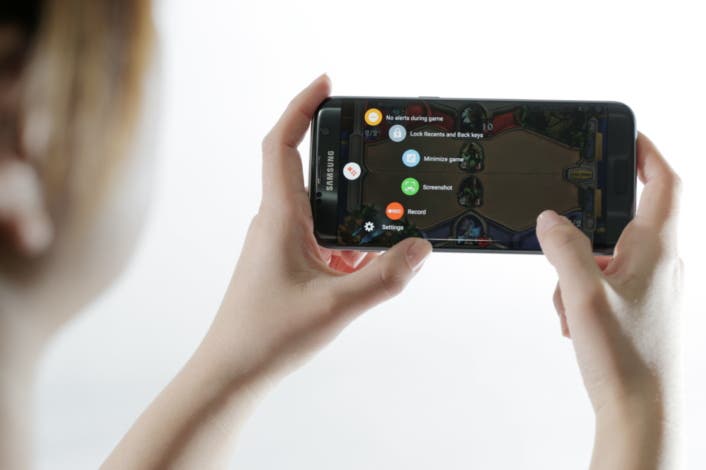 We are curious to see if Samsung would opt for a drastic design language, like Xiaomi BlackShark or Asus ROG, or if the device will boast the generic look of the Galaxy A handsets. Of course, the company’s Infinite Display and Aluminum body would mark a presence here. At the moment, there is no info about availability or release date. But considering that Razer already released the 2nd generation of its gaming device, and Xiaomi will soon follow with BlackShark 2, Samsung could use the holiday season to debut its first gaming device.