The long rumoured Nokia 9 true flagship from HMD Global shapes up to be an elusive device, when and what specs the device could come with remains unknown, however, it appears HMD Global is working on releasing an update to its most sophisticated phones so far – the Nokia 8.

A new smartphone with the name Nokia 8.1 has just surfaced on Geekbench ahead of its official release. First spotted by AndroidPure, the Geekbench listing reveals mid-range specs with Android 9.0 Pie, which means it could be the first HMD branded Nokia phone to boot the latest OS out of the box.

As per the Geekbench listing, the Nokia 8.1 looks set to arrive with the mid-range Qualcomm Snapdragon 710 CPU, coupled with 4GB RAM. These are all the available details as of now, but the device could in the coming weeks clear some other certification hurdles where some of its specs could be revealed.

We’re not sure when the device will go official, We’ll let you know when we get concrete information on that. 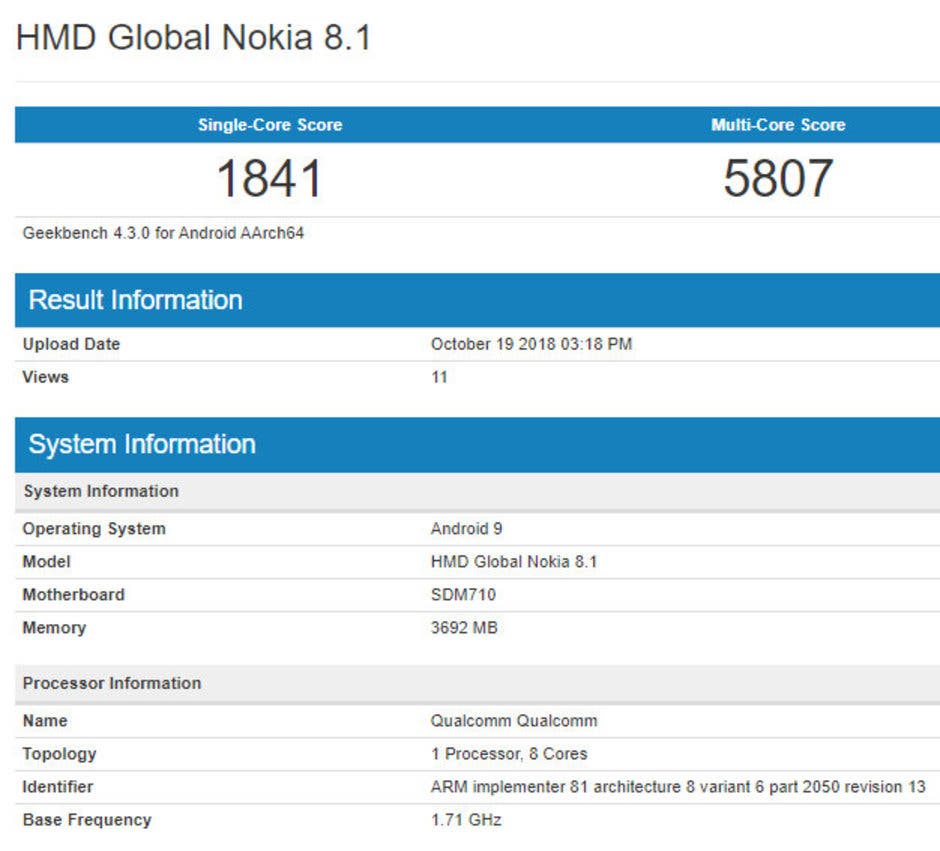 HMD Global only recently announced an official schedule for the jump to Android Pie for its smartphone lineup – the Nokia 6.1 and 6.1 Plus can expect the update in October, while the Nokia 7.1 and Nokia 8 and Nokia 8 Sirocco will get a taste of it later in November.

Next Xiaomi announces Diwali sale for India; to commence in three days