During the 4G/5G Summit, Qualcomm has multiplied the announcements concerning the arrival of the 5G. In total, 22 partners will be ready to market a 5G smartphone in 2019.

The announcements of Qualcomm for the 5G demonstrates a strong ambition of the American company, which wants to support both mobile operators and manufacturers of smartphones. In this regard, the CEO of Qualcomm, Cristiano Amon, announced an agreement with 22 manufacturers to equip their 5G smartphones with the Snapdragon X50, the modem that will accompany the successor of SoC Snapdragon 845.

Sony, OnePlus and Motorola are among the leading manufacturers working on 5G smartphones for next year, alongside LG, HTC and HMD (Nokia). Major Chinese brands, including Xiaomi, Oppo, Vivo and Taiwanese Asus, have also signed up with Qualcomm. In addition to the manufacturers pictured in the image below, the president of Qualcomm also confirmed that Samsung and ZTE were engaged, just like Google – so expect a Pixel 4 in 5G. 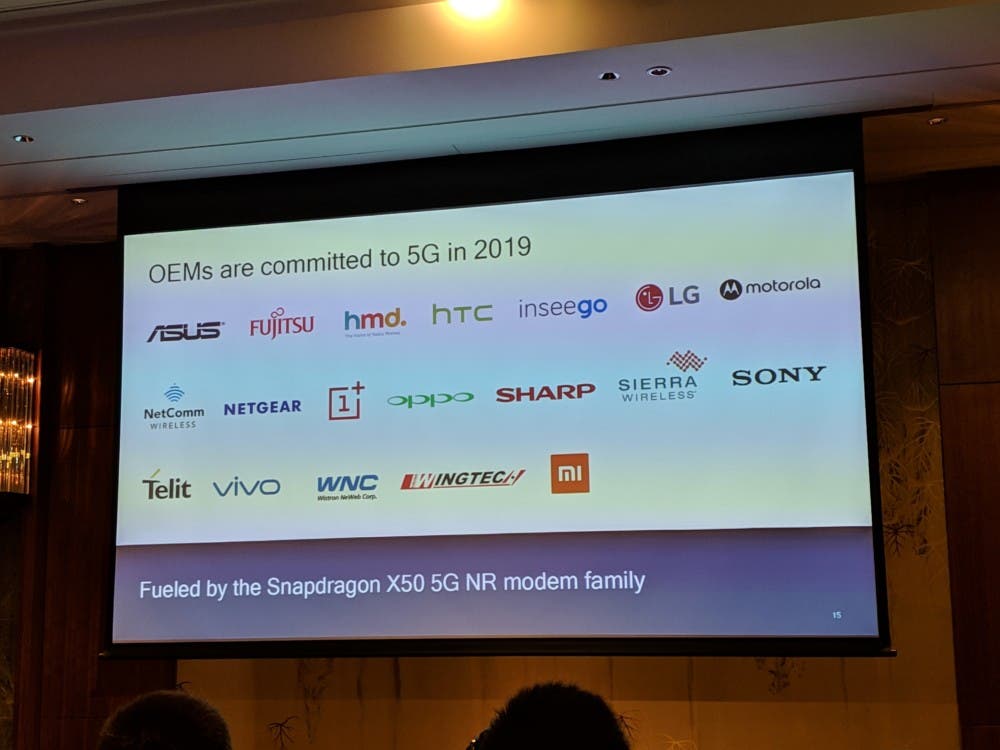 OnePlus co-founder Carl Pei also took part in the event and promised that OnePlus would be “the first, or one of the first” to launch a 5G commercial device with Qualcomm. The OnePlus 7 will most likely be compatible with 5G.

This first wave of 5G devices should be in our hands in the second quarter of 2019 – so between April and June. Of course, 5G requires significant infrastructure investments before connections are actually available to consumers. This means that the first wave of 5G phones will probably have no 5G network to connect to at the beginning of their commercialization.

These smartphones should also have an extra thickness of a few millimeters compared to current smartphones because of the requirements of the new 5G antennas, but it will probably take only two to three generations of smartphones before returning to the current designs.

Next Nubia Red Magic 2 gaming smartphone will be available soon