OnePlus 6T will arrive in China on November 5th. Earlier, this smartphone was spotted at Geekbench and there were no surprises in the specs. This smartphone comes with a waterdrop notch design and supports an on-screen fingerprint sensor. These are the biggest changes from its predecessor, OnePlus 6. 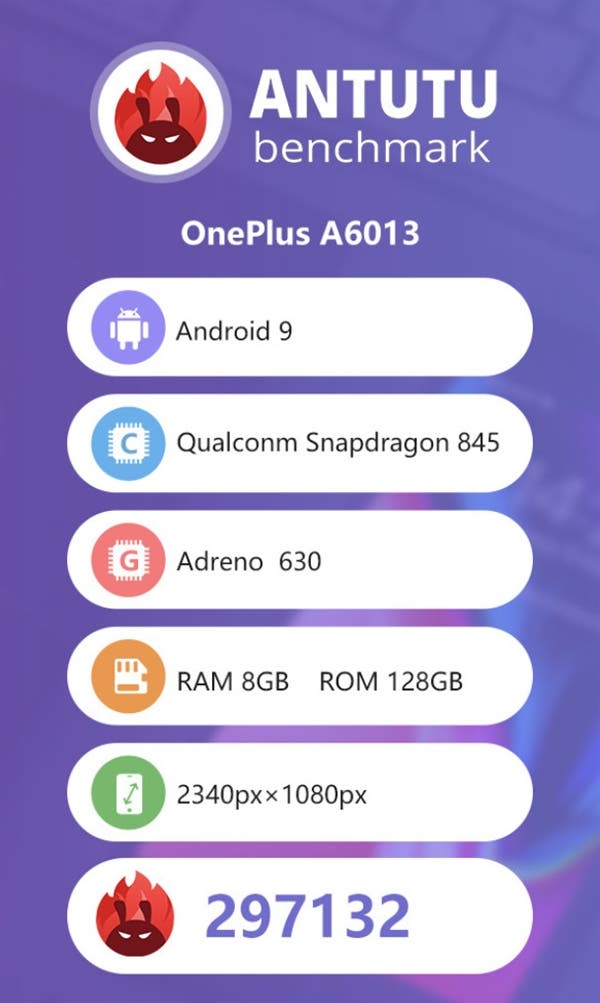 Today, the AnTuTu running score of OnePlus 6T appeared online. This smartphone comes with a Snapdragon 845 processor with 8GB RAM and 128GB internal storage. This phone scored 297,132 points which is a top-ever score for an SD845 phone. For September 2018, AnTuTu ranking shows that the Xiaomi BlackShark gaming phone tops the pile with 293009 points. Meizu 16th closely follows with 292000 points while Asus ROG gaming phone is third with 291217 points. With this ranking, OnePlus 6T has the highest-ever score for SD845 devices on AnTuTu. 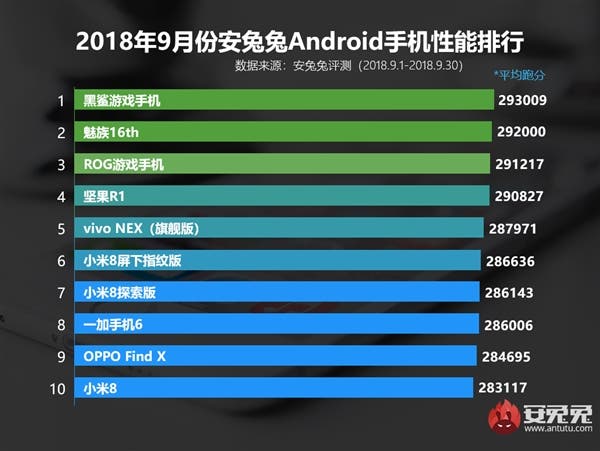 OnePlus 6T uses 6.4-inch AMOLED screen. Its on-screen fingerprint technology accurately identifies the prints and unlocks the device swiftly. In addition, this smartphone will use “TrustZone”. This is an independent virtual space in the SD845 for storage of fingerprint information to ensure fingerprint information security. OnePlus 6T comes with a dual rear camera setup, 3700 mAh battery but it does not have a 3.5mm headphone jack.