OnePlus news filled day today, after the reports of a much improved camera on the upcoming OnePlus 6T we do indeed also have a confirmation on the hardware that will power the phone.

As the title suggests, we now have a benchmark that just popped up over on notorious benchmark site Geekbench. The OnePlus 6T under the name code “ONEPLUS A6013” is now present with a single-core score of 2387, while the multi-core score tops at 8925.

These results are in line with other Qualcomm Snapdragon 845 powered device which are also assisted by 8GB of RAM. 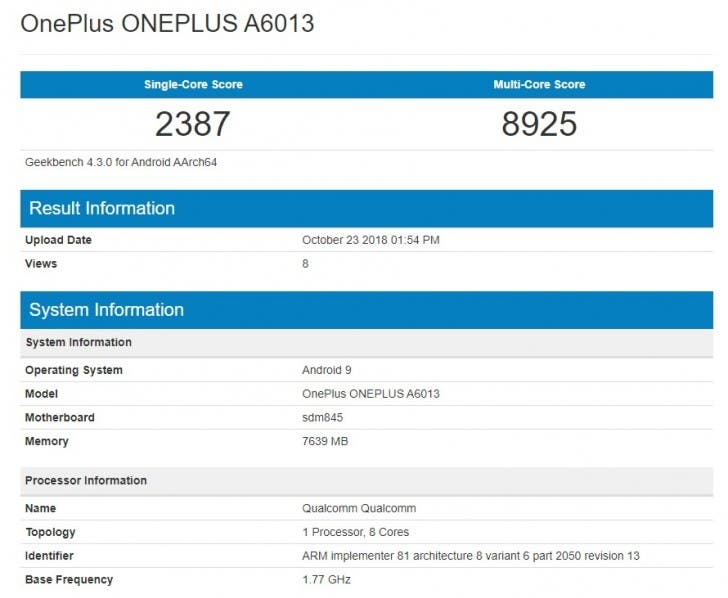 So this benchmark doesn’t really bring us any juicy info about the handset, only that it’ll pack the best processor currently available on the market that isn’t produced by Huawei or Apple.

Is anybody surprised? We don’t think so!