While many smartphone manufacturers have been focusing on creating very innovative-looking devices with sliding mechanisms, we’re talking about the Xiaomi Mi MIX 3, Honor Magic 2 and Lenovo 5 Pro, Chinese phone maker Nubia has decided to take another path: entirely remove the front camera!

Yes, you read that correctly, apparently the Nubia X won’t be sporting any front camera, for the joy of many that have often found the image sensor at the front a waste of space.

On Nubia’s phone you’ll instead take selfies with the cameras at the back, which are usually higher quality, thanks to the support of a secondary display. This secondary is display will be 5.1 inches and 1520×720 resolution, with an 19:9 aspect ratio and uses an OLED panel. So yeah, Nubia X’s auxiliary screen is basically sharper than Apple iPhone XR’s main and only display, go figure.

Here’s a video of how it’ll work:

On the front, the Nubia X will instead pack a 6.26-inch with 2280×1080 resolution and the same 19:9 aspect ratio; with the highlight being the absence of a notch. Beneath the sleek display we then expect to find a flagship Qualcomm Snapdragon 845 CPU paired with up to 8GB of RAM, a good 3800mAh capacity battery and Android 8.1 Oreo out of the box. 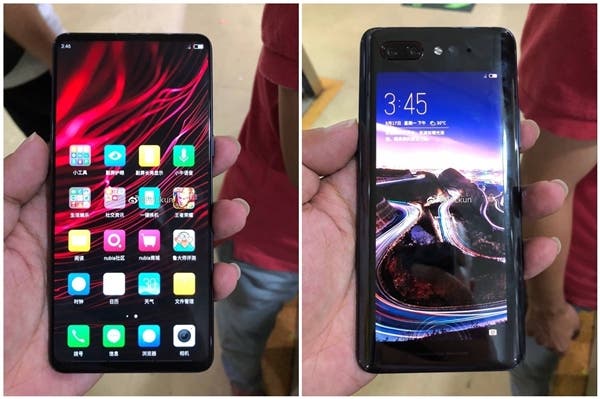 The Nubia X will be officially unveiled on October 31st; who’s excited?