The Lenovo Z5 Pro is around the corner, as the launch date is already set for tomorrow November 1st, but that won’t happen before some sweet last hour leaks.

Today we indeed have a look at what allegedly are some “leaked” photos of the upcoming Lenovo Z5 Pro, the company’s flagship for 2018.

As we can see in the images below, the Z5 Pro appears to actually bring what’s been promised in the past months, a full screen design Xiaomi Mi MIX 3 style with a sliding mechanism and yet a tiny bottom chin.

Another neat detail we learn from the photos is that the handset will run ZUI 10, which is an odd update as the current version is ZUI 4. Once again Lenovo appears to value marketing over logic, bringing an OS name that reminds of MIUI 10 (or the iPhone X?) instead of continuing in a normal numerical order. 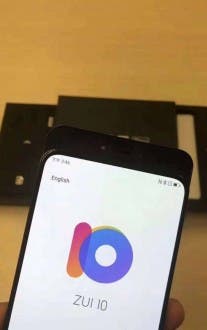 As the official launch even it’s really close, it’s almost pointless to recap what we expect to see, even more so because there are contrasting rumors and leaks, some suggesting a Snapdragon 845 CPU, while other say it’ll pack a Snapdragon 710.

Let’s just wait and see what Lenovo actually brings to the table tomorrow and put an end to this, once again, incredible marketing stunt from the company.