Astonishingly, out of nowhere the first phone (FlexPai) to be equipped with a Snapdragon 8150 made an official appearance today. In the past we have witnessed only few details of the chipset. Geekbench was the first of all to detect the performance of the chipset, however, it turned out that a reference device was used instead of FlexPai.

It is believed that the new Snapdragon 8150 could be based on a new generation of Kryo series. Moreover, Rumors suggests that this time they have skipped 4+4 combination and have improvised to 2+2+4. The Kirin 980 (a 7nm chipset) has a divergent design and this makes 2 cores are performance-centric, 2 cores to maintain the speed and 4 small cores to deal with other miscellaneous activities. 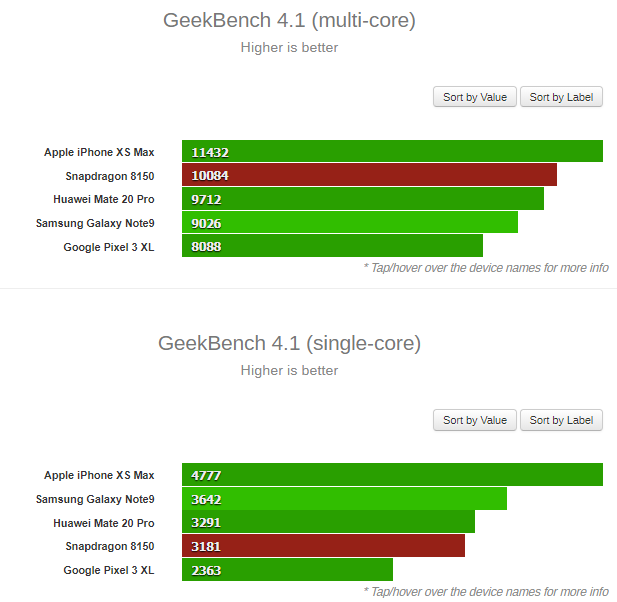 Evidently, the result indicates that the new chip has developed significantly as compared to its previous version (i.e. Snapdragon 845). Apart from that, Huawei and Apple rank top in the benchmark scores.

Lastly, these are just vague/incomplete details about the chipset which means the bigger part of the picture is yet to be revealed. Also the most starring part of the Snapdragon chipset is the Adreno GPU and to speculate the test performance in depth we may need the results from other benchmarks too.