Recent speculations suggest that OPPO R17 will be released in the European market as OPPO R17 Neo. This smartphone was released a couple of months ago in China and it’s also available in Japan. Now, a new smartphone dubbed OPPO RX17 Neo was spotted on a Dutch online store. Although the nomenclature is different, the specs suggest that this is the European version of OPPO R17 Neo. 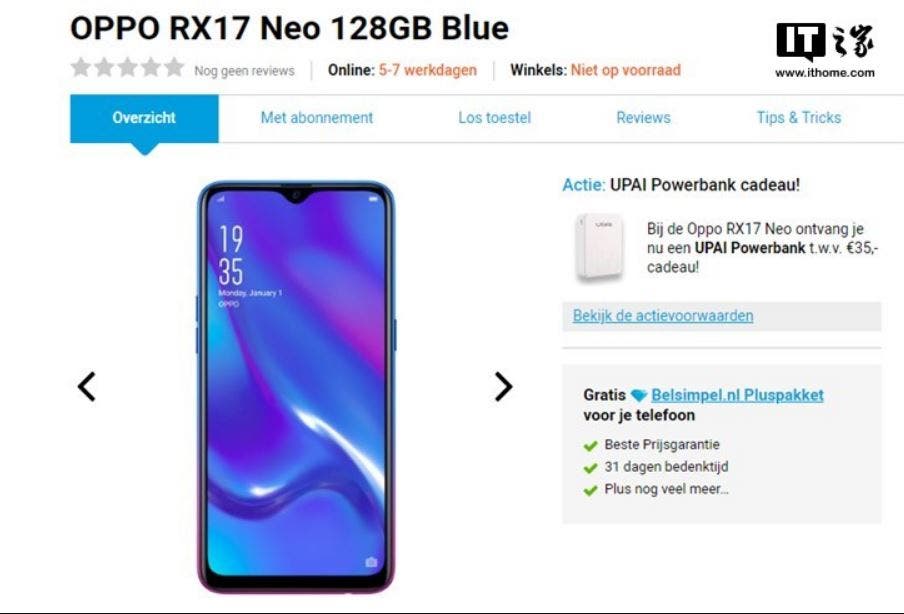 The appearance of OPPO RX17 Neo seems consistent with the OPPO R17. According to the listing, this smartphone is available in three variants. We have the 4GB+128GB, 6GB+128GB and 8GB+128GB configurations. 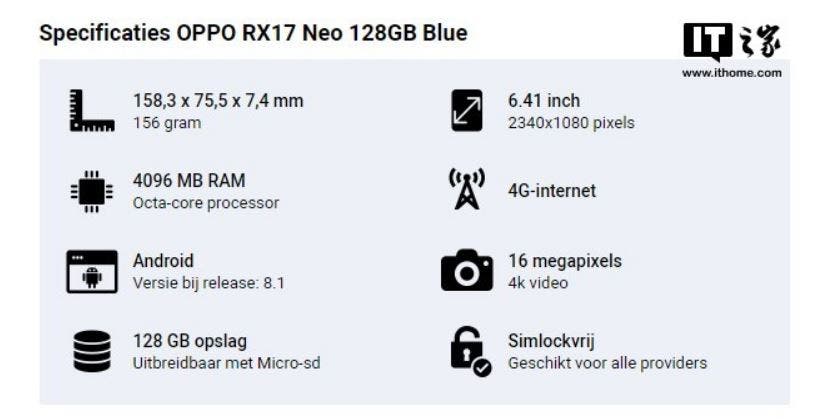 The OPPO RX17 Neo is powered by a Qualcomm Snapdragon 660 SoC. This is a step down from the SD670 found on the OPPO R17 National Bank version. It’s also lower than the Snapdragon 710 chip that comes with the OPPO R17 Pro. Although this smartphone uses a lower processor, it still comes with an on-screen fingerprint sensor. This is perhaps the most interesting aspect of this device. According to the current listing, the OPPO RX17 Neo is on pre-sale. This smartphone is selling for about €349 and the delivery time is 5-7 working days. It is available in red and blue colours.

Previous Special sale for the ELEPHONE P8 cuts the price to $139.99

Next The US spends much more on R&D than China