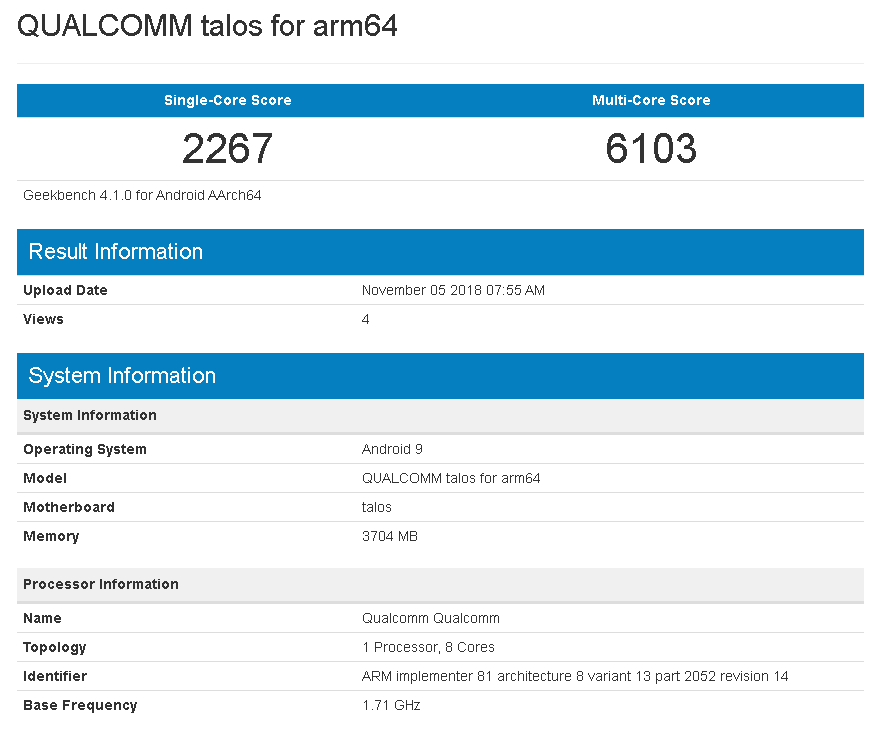 The Snapdragon 675 seems to be adopted for the first time by Xiaomi, the company’s VP Manu Jain said that the firm will release a smartphone with this chip next year.

The Qualcomm SD 675 supports common tools and APIs. These tools include Vulkan, OpenGL 3.2, OpenCL, and Snapdragon Profiler. It is an octa-core chipset with 2 performance cores and 6 efficiency cores.

For superior camera performance, SD 675 comes with a Qualcomm Spectra 250L ISP module that supports up to 25-megapixel single cameras, 5x optical zoom, and HD slo-mo video recording at up to 480 frames per second. With AI features becoming more common on budget and mid-range smartphones, the Snapdragon 675 has been equipped with the Qualcomm AI Engine that offers support for all major AI frameworks.