Little known Chinese phone maker – Smartisan – are apparently not giving up on their 2018 flagship phone, the Smartisan Nut R1. The company did indeed just launch yet another version of the handset first unveiled back in May of this year, this time in a new Peacock Blue color variant. 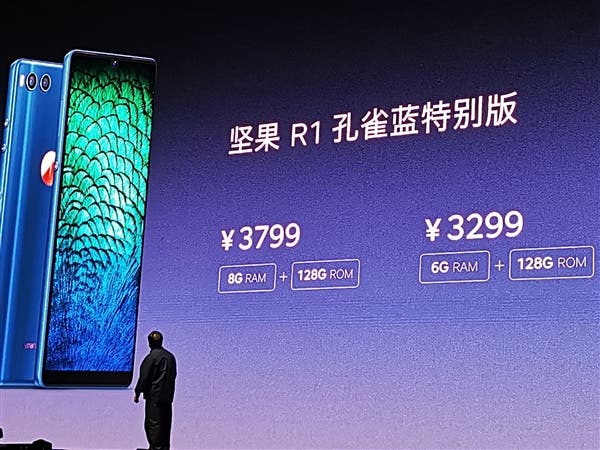 What changed a little is on the software side though, the force touch tech available on the phone is indeed now more useful with shortcuts that pop up when the screen if pressed harder. Probably a feature it should have come with straight out of the box.

What do you guys think about the Smartisan Nut R1 at $470 considering it packs an SD 845 CPU, is it a good deal? Let us know down below!

Next Oppo & Pokemon Partner Up: Pikachu Power Bank with SuperVOOC is Born