According to data provided by market research firm Kantar Worldpanel, strong sales of iPhone XS and iPhone XS Max at the end of the third quarter helped Apple achieve a share growth in the US, Australia, and Chinese smartphone markets. However, in the European market, Apple saw a decline. iPhone’s share in the European market fell by 1.6%, only 0.5% in Germany and 4.1% in Spain. 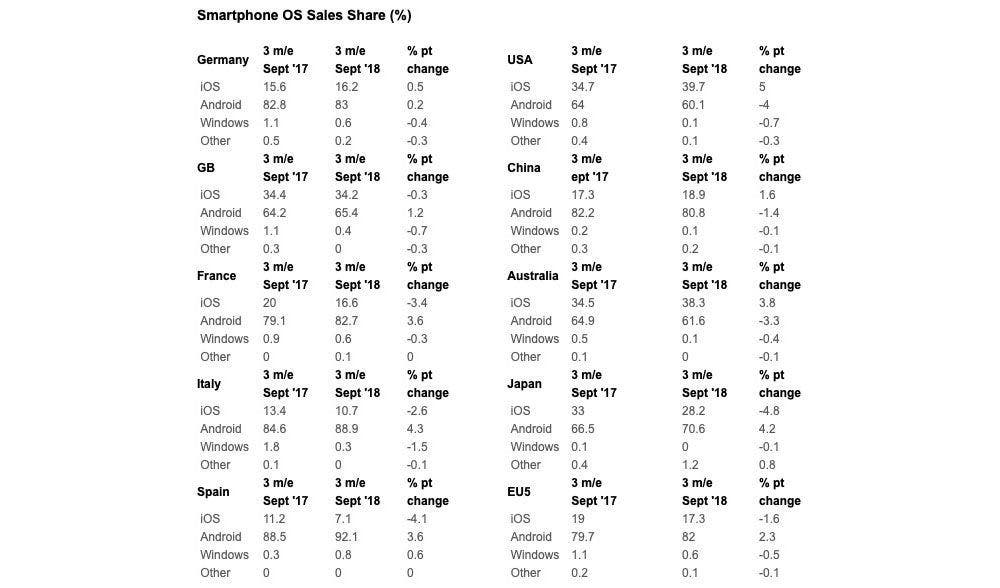 Early sales of iPhone XS and iPhone XS Max models in the US are good, which is good news for Apple. There is also a continued strong growth of iPhone 8 and iPhone 8 Plus which contributes to Apple’s operating system market share in the US. At the same time, the iPhone 8 is the best-selling model in the US this quarter, accounting for 9.4% of the mobile phone market. With the release of the iPhone XR, Kantar Worldpanel expects Apple’s market share to rise further at the end of the year.