With the OnePlus 6T, the Chinese company entered with glory in the United States. Despite the fact that older models could be easily acquired in the country, for the first time ever, a OnePlus smartphone can be bought directly from a major US carrier. This new partnership will open a lot of new doors for the Chinese company, and according to XDA, explains why the OnePlus 6T soared 86% higher sales than the release day sales of the OnePlus 6.

With T-Mobile becoming the first network carrier in the Uncle Sam country to offer the latest flagship, possible owners can take advantage of the carrier financing or the deals offered along with the smartphone. Another factor that is helping to boost the sales of the OP6T is the fact that it supports Band 13, which allows the device to be used on Verizon’s LTE network. While this surely helps, the smartphone still doesn’t support all the Big Red bands, but it’s a good start. 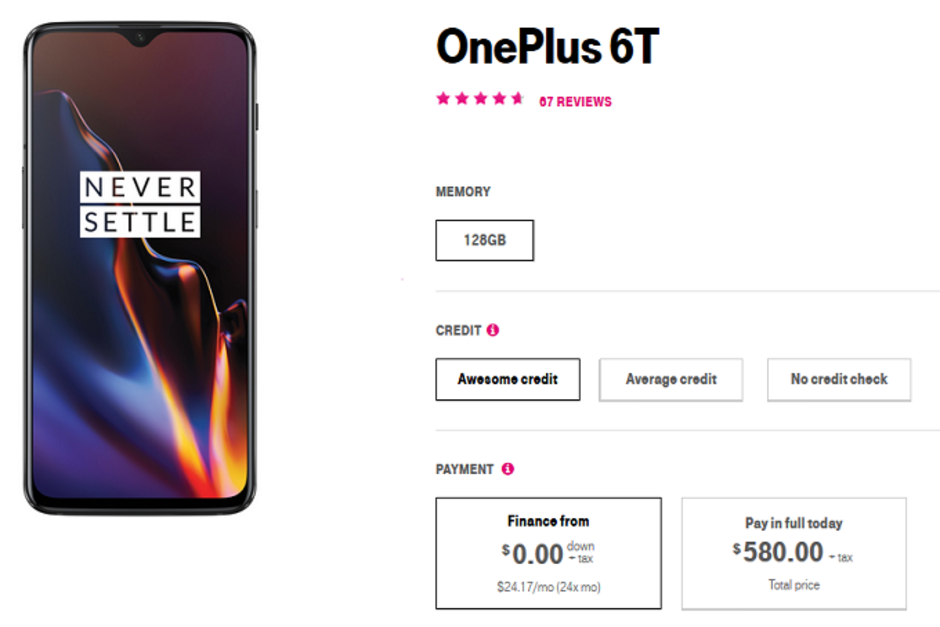 The lack of additional bands are leaving users with delayed SMS messages and slower LTE when compared with the experience offered by the devices connected to T-Mobile’s network. The OnePlus 6T comes in an exclusive mirror black color option for buyers of the T-Mobile model, also if you don’t have the $580 for buying the handset, you can make a contract with the company and get the powerful flagship for $24,17 per month.

With the good results of the first day, it’s safe to assume that the OnePlus 6T will soon surpass the former model, and has potential to become the best-selling OnePlus device of the United States.

Next Samsung One UI will come to the Galaxy S8, S8+, Note 8 after all