Four months after offical release of Microsoft Surface Go, the company finally added a 4G LTE-A cellular network version. This device can go online anytime while on the go. The Surface Go 4G version supports 22 network bands, using a nanoSIM card slot. The baseband is the Qualcomm Snapdragon X16 with a maximum download speed of 450Mbps. It also supports GPS. 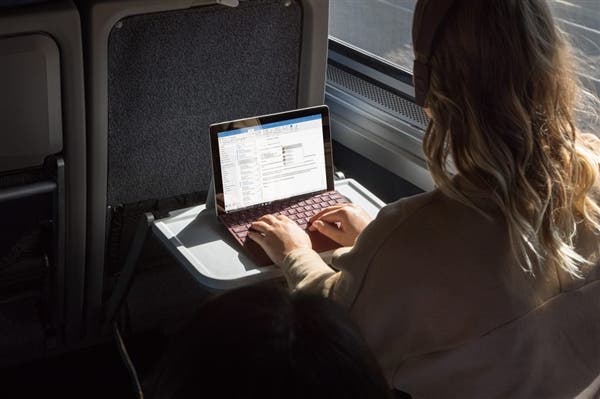 The Microsoft Surface Go 4G version is powered by an Intel Pentium Gold 4415Y processor (14nm/dual core four threads/1.6GHz/6W), coupled with 8GB of RAM and 128GB of internal storage. This notebook sells for $679.

This noteboook weighs about 1.17 pounds (531 grams) and the longest battery life is 8.5 hours which is half an hour shorter than the Wi-Fi version. The new model includes two versions, the consumer version and the business version. The business version is available in 8GB+128GB, 8GB+256GB configurations at a price of $729 and $829, respectively.

The former is $50 more expensive than the same configuration in the consumer version. All of the above have been opened for pre-sale and will arrive 23 countries on November 22.

Next 2019 iPhones will use a new antenna technology