HTC smartphone business has been struggling for the past years. In order to reduce the damage, the company is reducing its range of smartphone year after year to focus only on the Premium segment. Despite this, the company still launch some midrange smartphones, and new evidence has been found about a new mid-tier HTC handset with Snapdragon 435 in tow.

The smartphone in question was spotted through Wi-Fi alliance, the certification reveals a device which goes by the name HTC 2Q720000. The Wi-Fi certification often serves as an indicator of a nearing release, so this HTC handset could pretty much arrive in the market before the end of 2018. 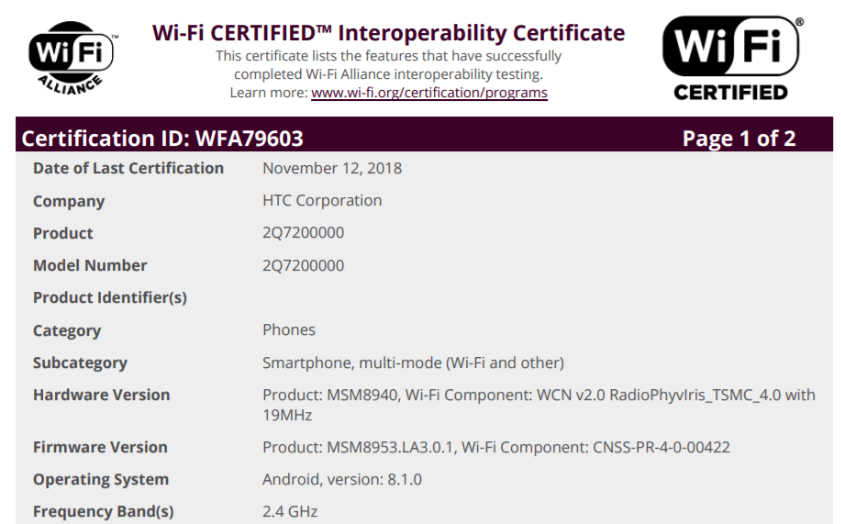 While no much information has been revealed about this smartphone, the presence of the Snapdragon 435 chipset confirms that it’s a smartphone for the entry and mid-tier audience. Moreover, the smartphone will ship with Android 8.1 Oreo, that while that’s acceptable, it’s still rather disappointing with Android Pie close to complete four months of existence.

The brand is yet to confirm this smartphone, but with the holiday season nearing the shores, seems like a good opportunity for the company to get some revenue with a midrange smartphone.

Next Honor 10 Lite appears on TENAA, Launching on November 21