No matter how faster internal storage has become in the latest smartphones, some people simply love the possibility of expanding it via a microSD card.

Google never has been a fan of the technology, since it wasn’t considered fast or safe enough. Despite this, the giant of search introduced in Marshmallow the Adoptable Storage feature that allows users to expand the internal storage through a microSD card.

The feature was added back after the company decided to remove the ability to store Android Apps in older Android versions. While some handsets with Marshmallow came with this feature, Samsung lacked it, apparently, things will change with Android Pie update. 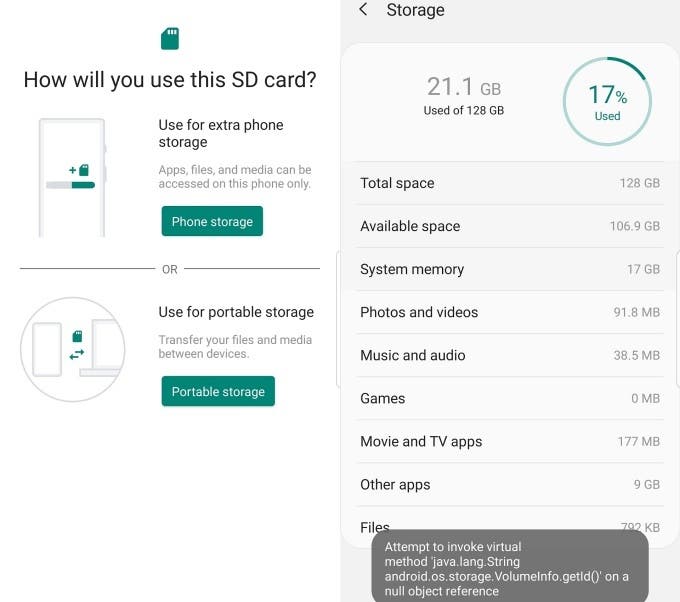 Samsung is one of the few companies that still offer the microSD card expansion in their flagships, of course, since the company gets a lot of revenue from its microSD cards, seems reasonable to market the technology with their smartphones. With the advent of Android 9.0 Pie based Samsung Experience, the company will once again allow users to store applications within the sdcard through Adopted Storage.

The evidence has been found after developers dug into leaked firmware files of an Android Pie update for the Galaxy Note 9. While this doesn’t confirm if the feature will come for Galaxy S series, we don’t think that a feature like this will be exclusive to the Galaxy Note 9. With a 512GB Galaxy Note 9 and Samsung’s newest 500GB microSD card, having a 1TB smartphone is feasible.

Since recent Samsung flagships have plenty of storage to offer, it’s hard to imagine that this feature will be used by the largest part of users. However, things turn to be more interesting if the company plans to bring this feature to cheaper handsets that often ship with few internal storages.