The LG V-series will be expanded in the coming years with the following smartphone models: V50, V60, V70, V80 and the V90, according to a series of new brand registrations that have recently been included in the global brand database.

top models of LG phones can be found in the G-series and the V-series. The most recent flagship is the LG V40 ThinQ, this smartphone was unveiled a month ago, as a successor to the V30 that was put on the market a year earlier. In the meantime, LG has made a roadmap for the coming years, according to a series of recent trademark registrations. 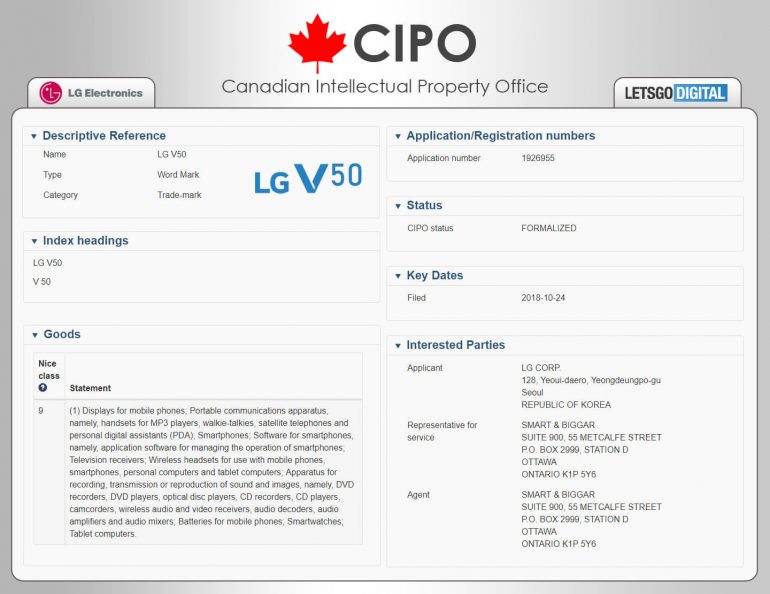 All five trademark applications from LG are classified as Class 9, which includes ‘smartphones’. The names seem to speak for themselves.

The next flagship within the V-series will most likely be the LG V50 ThinQ. Although it should be mentioned that the Korean company will probably also unveil an LG V45 ThinQ in a few months, just as there was also a V35 ThinQ.