In recent times, Chinese manufacturing giant, Xiaomi, has been expanding to different markets in the world. The company recently arrived in the UK and to announce its presence, it activated a £1 flash sale for the Xiaomi Mi 8 Lite and Xiaomi Mi A2. Ofcourse such a deal can attract a whole nation and the UK responded just as Xiaomi wanted. However, things quickly went south. 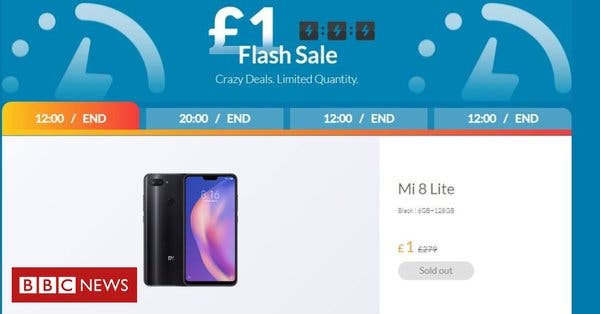 Well, the company offered only 10 units for this flash sale, 5 for each phone. However, it appears that the UK folks were expecting more. At £1, even a 100 units will sell out instantly because you would expect at least a thousand people to click the buy button at the exact time. Nevertheless, the instant expiration of this deal irritated the UK folks and they took it to quite a distance.

For starters, the Advertising Standards Authority, UK’s regulator of advertising, got a complaint. Someone even went into the details of the website code insinuating that the buy button was just a smoke screen and it was programmed to show out of stock as soon as its clicked. Xiaomi UK sales and marketing director, Wilkin Lee explained that thousands of potential buyers clicked the buy button simultaneously thus the system did a random selection against the first come, first serve which was stated in the Terms & Conditions.

A statement to our Mi Fans: pic.twitter.com/Ij2jmrinaN

The company has since expalined via an official statement that it  “did not realize that the public associates this term with a very particular type of deal that Xiaomi has run in the past across different global markets, where more than 10 devices were available.”.  Xiaomi’s first Authorised Mi Store in the UK will open on November 18th in Westfield, London. The company also cooperates with a couple of stores including Carphone Warehouse.

Next Next Apple Watch Might Come with Two Cameras