It has been a busy year for the guys at HMD global – having launched several devices during the year, and with only a few weeks ago, it appears the Nokia licensee still got one more device to showcase before it finally calls it a close for the year 2018. The company has now issued out media invites to a launch event holding on December 5 in Dubai. 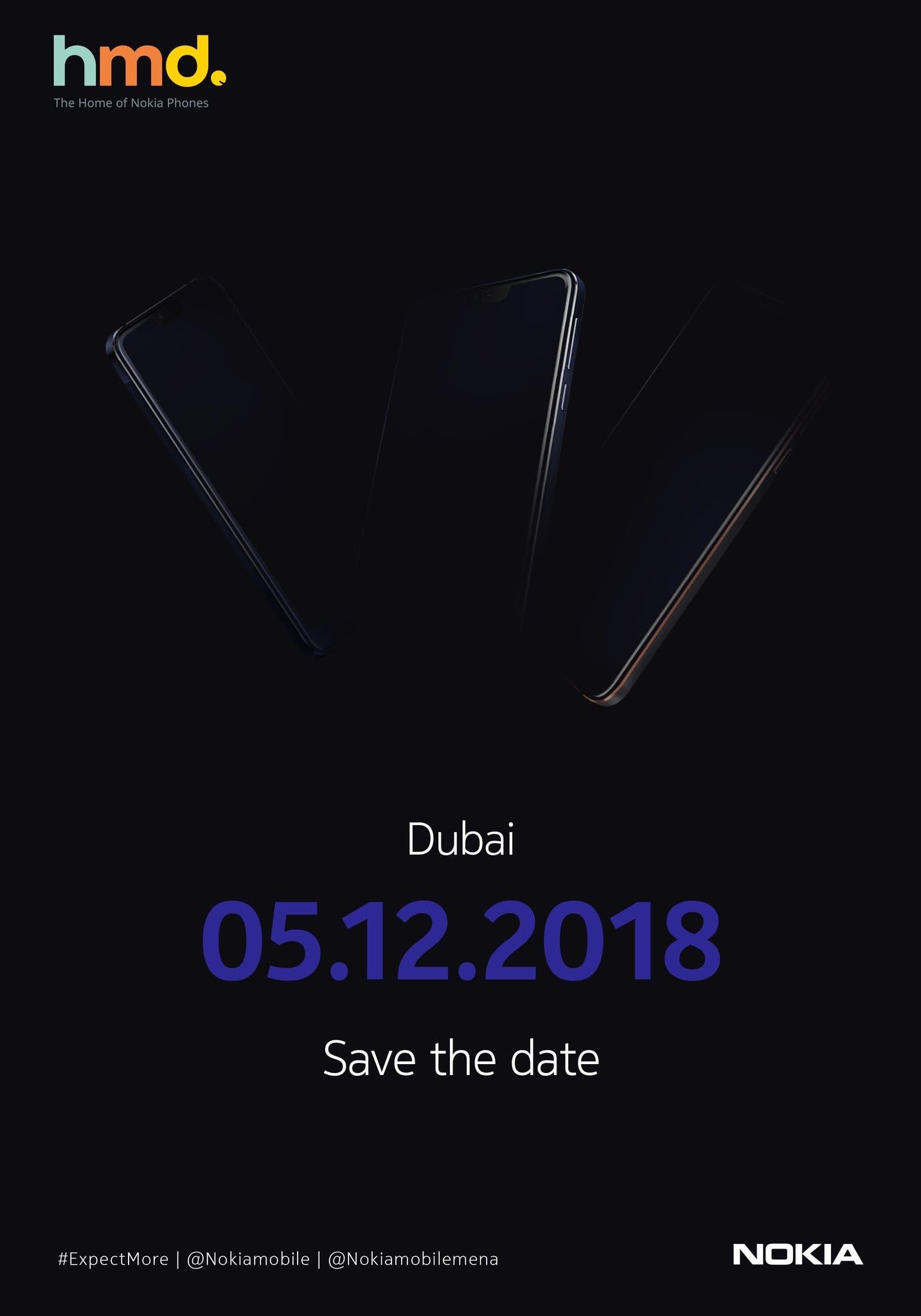 While details of the launch event are completely not within our reach, there are speculations that the company would be unleashing three new phones – two phones with small notches, and a third one possibly with no notch. Another possibility is that the firm alongside a few other phones could launch the Nokia 8.1. The device has surfaced in the rumor mill for a number of times, and if previous leaks are anything to go by, the Nokia 8.1 could arrive as the global variant of the Nokia notched Nokia X7.

Keep in mind however that we’re just speculating, as nothing is yet official, so our best bet is to once again wait till the deal date to get a confirmation of the launch products.

Previous HOMTOM H10 vs ZOJI Z33: Which Notch Would you Pick?

Next Xiaomi discount coupons galore from the Gearvita e-shops