The Moto G6 might just be a couple of months old in the market, indications are that the sequel to that phone is already in the works. A couple of alleged images, as well as the specs sheet of the device, have been leaked in the past, but today, we have one more addition to this list in the form of an alleged official press render which shows the device from both sides.

Named the Moto G7, the latest leaked images of  Motorola upcoming device gives us a peek at a phone that includes contemporary design elements. First off, the render reveals that the G7 will ditch the more traditional 18:9 display in favour of a much taller panel that adopts a small, waterdrop-like notch surrounded by slim side bezels as well as a reduced chin with the Motorola logo. 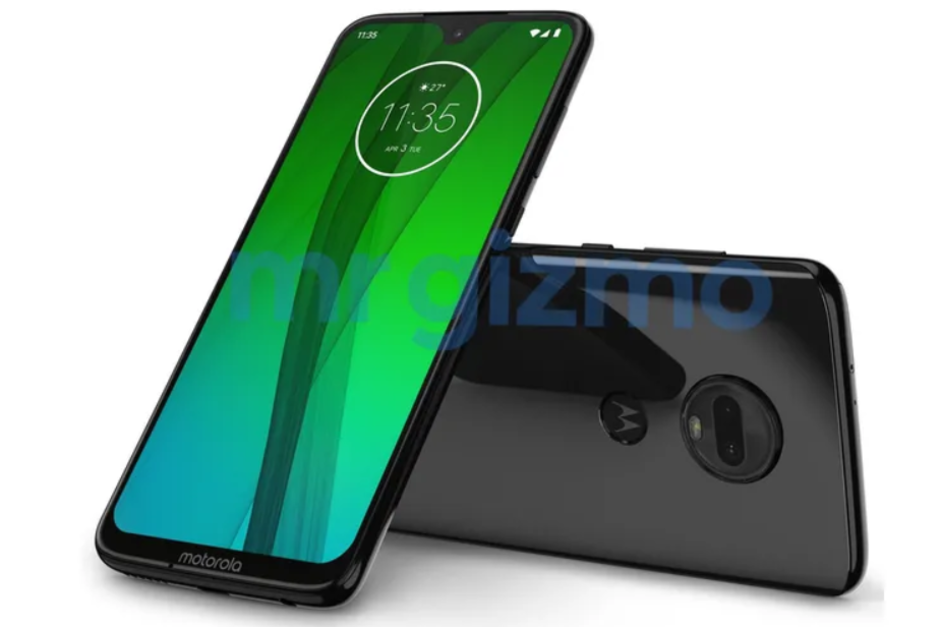 As per the leaked LG G7 render, the Moto G7 is tipped to retain a speaker grill, USB Type-C port, 3.5mm headphone jack as well as a couple of microphones on top, and a volume rocker and power key on the right side. And unlike the Moto G6 with the fingerprint sensor at the front, the purported G7 render reveals that the G7 will be launching with two rear cameras, a dual-LED flash, as well as the usual rear logo, which is home to the fingerprint scanner.

At the moment, there isn’t any definite leak about the hardware specifications of the Moto G7, but a recent document sighted at the FCC database reveals that the G7 will get a Snapdragon 660 SoC paired with 4GB of RAM and 64GB of memory. It has dual-camera setup and NFC support. The new documents refer to both single-SIM and dual-SIM variants and a small 3,000mAh battery.

Xiaomi hasn’t confirms or deny the authenticity, so take this with a pinch of salt.

Previous Dialog Semiconductor: Apple's demand does not affect us