Samsung’s foldable phone showed off at the last Samsung SDC is definitely one of the more interesting mobile devices we’ve seen in a while, albeit it’s also been received with some skepticism by the public.

The fact that the company also hid the Samsung F (or X?) in a case did not help their case (pun intended), causing lots of people calling them out for bringing massive bezels, at least on the outer screen.

Well, apparently, digital artists have already started creating 3 renders based on that first look and the results are pretty impressive. So, while we know these aren’t official and are probably not too close to the real final design, we decided to share them to give you an idea of what the Samsung foldable phone might look like. 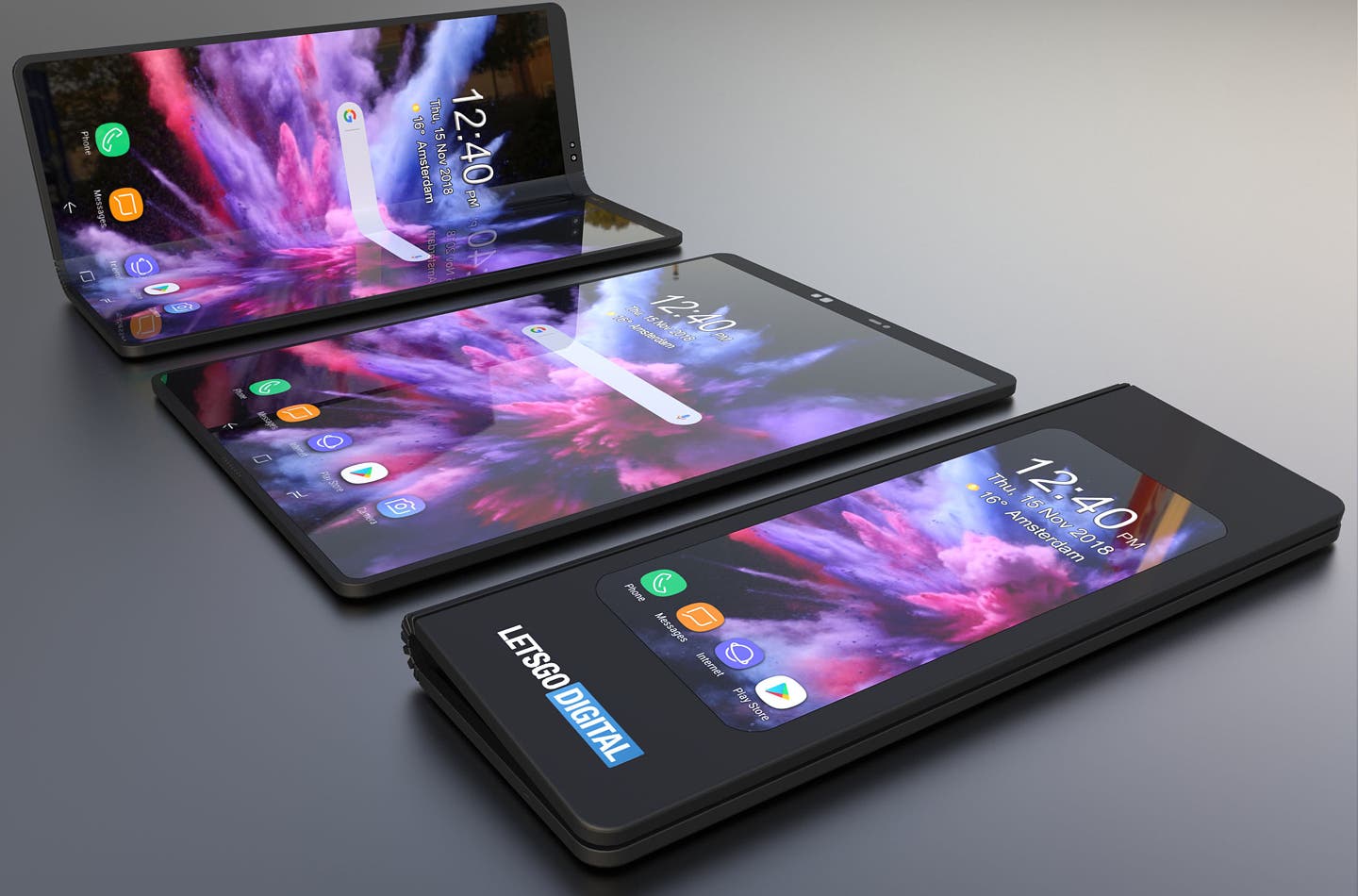 As you can see in the image above, Samsung’s tablet/phone comes with a very futuristic design, something you wouldn’t think possible a couple years back. Sure, the front display feature huge bezels at the top and the bottom, but we believe those will be removed or at least reduced in future.

When the phone gets unfolded though, it’s quite breathtaking. You now have a massive 7.3-inch display that you can use to run up to three apps at the same time, as shown by Samsung at the event. For example, you can play a Youtube video while having Google Maps open and chat with a friend without having to hide any app.

It’s a phone… It’s a tablet… It’s a phone that unfolds into a tablet! #SDC18 pic.twitter.com/FgwpJPjqTn

Hopefully, as we previously mentioned, we’ll have something like the render played by Samsung (video above), in which the front display is surrounded by much slimmer bezels.

What do you guys think? Is this even possible with today’s tech? Which of the two is more realistic, Samsung’s or the artist one? Let us know down below!