Xiaomi is all set to launch the latest in its massively successful Redmi Note series in India. First introduced in China back in September, the Xiaomi Redmi Note 6 Pro has made a stopover in a couple of countries and is now set to launch for the Indi market.

Xiaomi via lastest media invite has said it will be announcing the Xiaomi Redmi Note 6 Pro in India on November 22, after which it will be available for sale on November 23rd, at about 12 noon, just a day after launch, and right in time for the Black Friday sales. 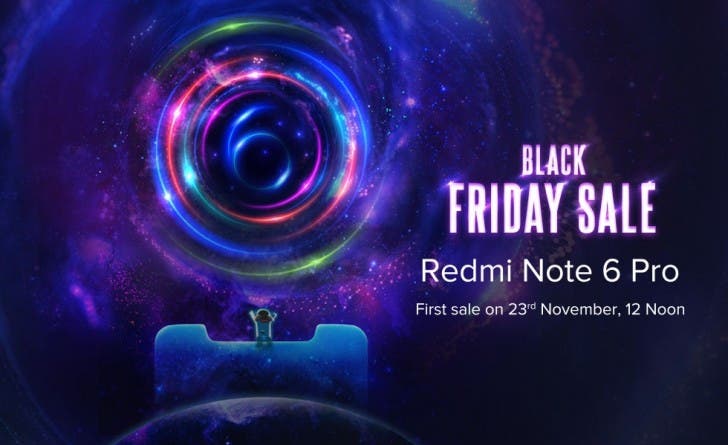 A successor to the last year launched Xiaomi Redmi Note 5, the Redmi Note 6 Pro possibly will retain all the key features, as well as designs of the Redmi Note 6 Pro first launched in China, although a slight variant might not be entirely ruled out. The device flaunts a  6.26″ display with a notch and is powered by the Qualcomm Snapdragon 636 SoC coupled with up to 6/64 GB RAM storage configurations. It gets a total of four cameras – a dual camera system on both the front and the back, and boots Android Oreo out of the box.

We are not sure how much Xiaomi will be offering the Xiaomi Redmi Note 6 Pro in India, however, it is tipped to come in Black, Blue, and Rose Gold colors with a likely price tag of Rs. 14,999, similar to its predecessor.

Previous Google : All devices launching with Android 9.0 Pie or later will be Treble-compliant

Next Realme embraces a new logo with POCO-like Yellow colours