It has been a month since Motorola released its One Power device in India and now news from India is that it has started getting Android 9.0 Pie. Recently a list from GeekBench also leads to the full functioning of Android 9 Pie on Motorola One.

In the past, the handset maker had promised that they will be bringing the Android 9 Pie update by the end of the year and they have delivered it on the mark. One noticeable fact to recall is that the Motorola One Power is included in Google’s Android One program which makes it one of the early budget offerings to get the update. 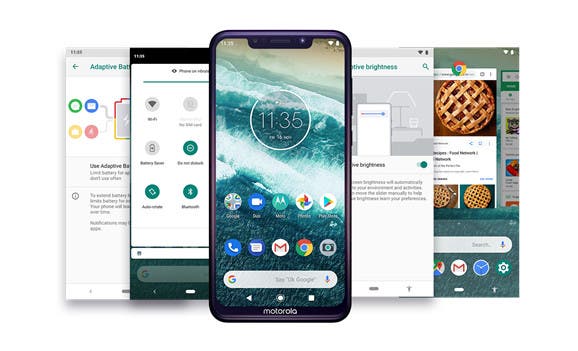 Speaking of the upcoming update, the new software will bring optimization in dual SIM VoLTE, besides that there are going to be some enhancements in the camera department regarding the low-light feature. Moreover, the new update is about to come with some improvisation in battery performance, new customization in Dual screen mode and Quick setting. Also, there are some improvements done for DND mode, volume controls, gesture navigations and mechanism to manage notification.

As a quick recap, the Motorola One Power delivers a 6.2-inch Full HD+ touchscreen with an aspect ratio of 19:9. The device is powered by a Qualcomm powered Snapdragon 636 SoC and is backed by 4GB RAM + 64GB internal storage. The device is fitted with a colossal 5000mAh battery assisted by TurboPower charging technology. Furthermore, the phone sports a 16MP + 5MP rear camera with LED flash and on the front it carries a 12MP selfie shooter.

Apart from Motorola One, Moto X4 users in India has also received the updates. However, the company is yet to bring the update on premium smartphones like Moto Z3 and Moto Z3 Play.