The Indian market has always been a battleground for all kinds of electronic products manufacturers. Most Chinese smartphone manufacturers have also chosen India as their primary target in expanding overseas markets. But seems Indians have made their decision long ago. As you can guess, they prefer Xiaomi phones more than any other brand. Today, according to Global Vice President of Xiaomi and Managing Director of Xiaomi India, Manu Kumar Jain’s message on Weibo, Xiaomi has become the number one smartphone brand in the Indian market for five consecutive quarters. 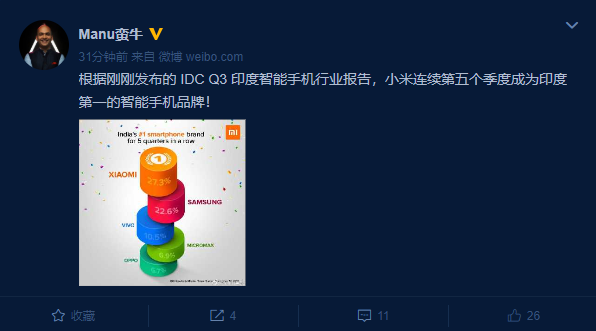 In fact, a year ago, in the third quarter of 2017, Xiaomi occupied the highest position in the Indian smartphone market as well. But this brand offers not only smartphones but tons of other gadgets. So it’s quite interesting to learn how many units Xiaomi sells in India per quarter. According to Manu Jain, Xiaomi has not only got 5.2 billion yuan during the Double Eleven but it also performed quite well during the ‘Diwali Sales Month’ in India. The total number of sold products reached 8.5 million. Among them, the smartphones count for 6 million units, the LED TVs count for 400,000 units, and the eco-chain products count for 2,1 million units. The GMV exceeds $1 billion. 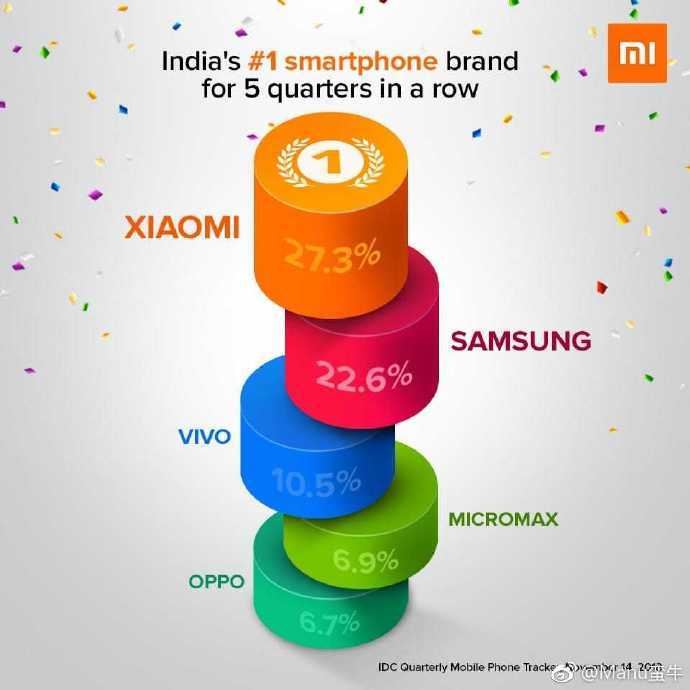 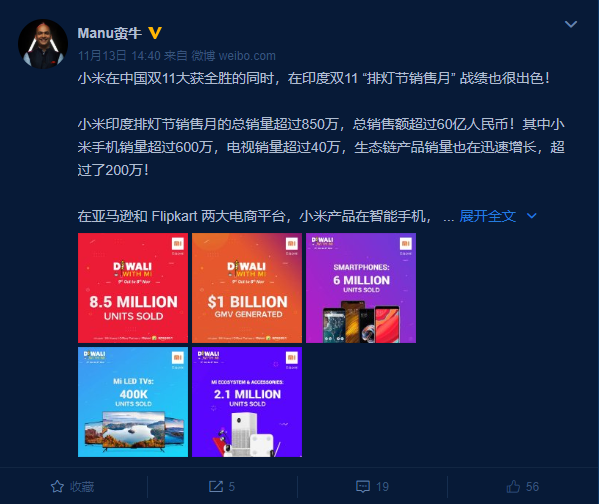