The economic situation in the world is worsening on a daily basis. If the major American tech companies have begun laying off thousands of employees, could you imagine what’s happening in other countries? This also means that there is no niche that is not suffering from decreased sales. The smartphone market is the best example. Today, IDC released its latest report for the Indian smartphone market. According to the market research firm, this region’s sales dropped by 10%. In the third quarter of 2023, India shipped only 43.5 million units. This is the lowest third-quarter shipment since 2019. What’s worse, this situation will continue next quarter. 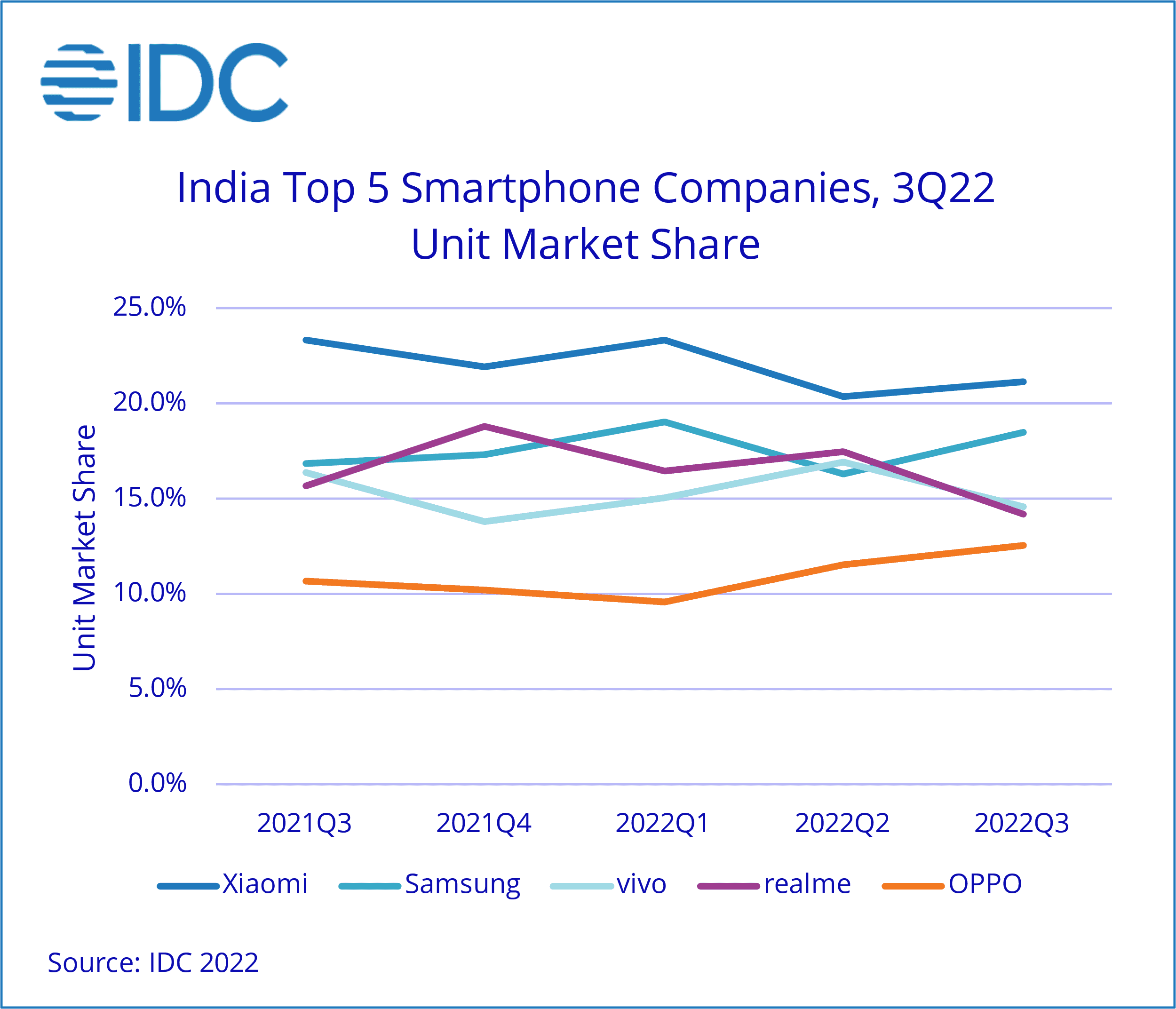 The holiday season started earlier than usual. But it didn’t help the smartphone brands save the situation. Moreover, they have had to increase prices. The average selling price was up by 15% year-on-year and 6% from the previous quarter. In effect, it reached a record $226.

“The ASP has grown consistently for the past eight quarters in a row due to increasing costs and growing 5G shipments at mid-premium price points,” said Upasana Joshi, Research Manager, Client Devices, IDC India. 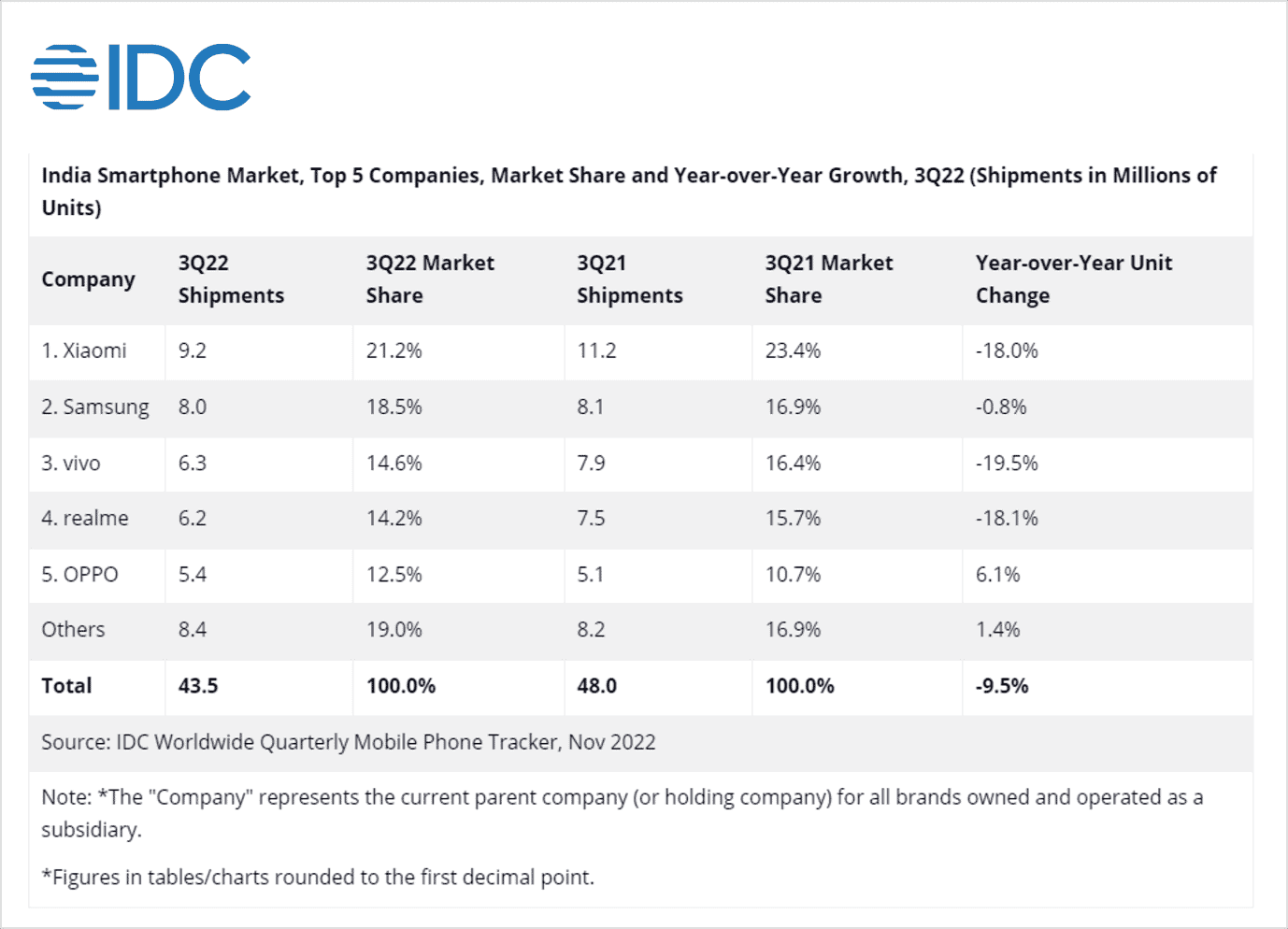 All the mentioned factors will lead to inventory buildup. On the other hand, the demand for smartphones will continue to weaken. So the brands introduced in India will suffer more.

IDC expects Indian smartphone shipments to be about 150 million units in 2022, down 8-9% from the previous year. Next year, the Indian smartphone market will continue to face similar difficulties. So the decrease in sales will continue. The main challenges heading into 2023 are the impact of inflation on consumer demand. The latter will further raise phone costs.

As for concrete brands, Xiaomi is still the number one brand in India. It captured 21% of the market. Samsung falls behind by 3%. VIVO and Realme hold 14% of the market share each. OPPO is in the top five as well.

Previous What's the fate of the universe? New study reveals