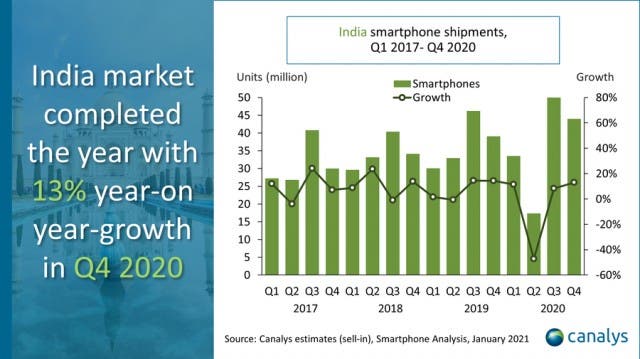 In fact, in the second quarter, this market faced the biggest decline, dropping more than 40% YoY compared to Q2 2019. At the same time, in the fourth quarter, it grew by 13%, reaching 43.9 million units. 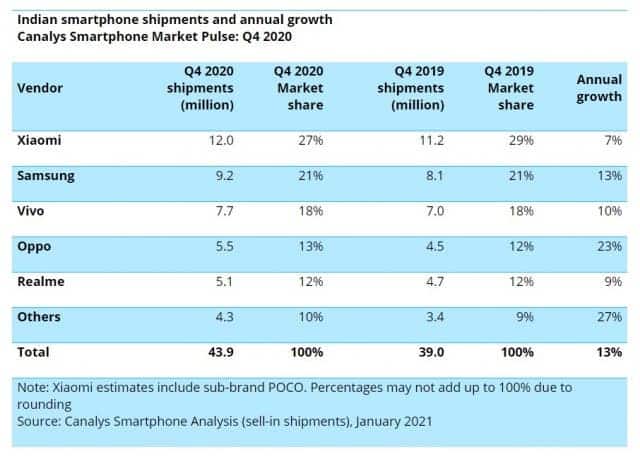 According to India’s Financial Express, Chinese suppliers such as Xiaomi, OPPO and VIVO accounted for 77% of all sales in the Indian smartphone market in 2020, compared to only 72% in 2019. 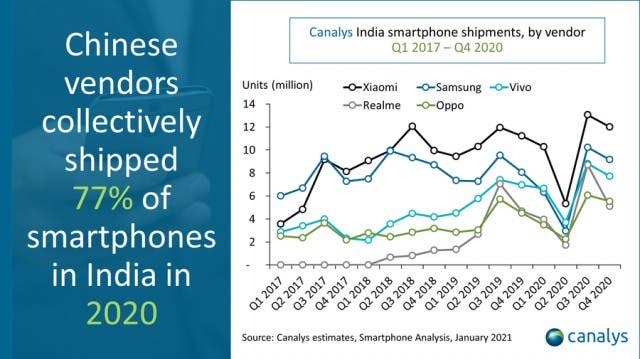 How Could Chinese Brands Conquer The Indian Smartphone Market?

The media conducted interviews with local consumers. Most of them are users of manufacturers such as Xiaomi and OPPO. A shop owner said that these phones are of good quality, reasonable prices, reliable service centers, and the front cameras of phones are also suitable for selfies. They have a good reputation in India, and even started to produce smartphones locally in India.

Analysts expect the Indian smartphone market will get even better in 2021. PLI (product linked incentives) and ongoing 5G rollout in the country should drive smartphone sales. Particularly, Canalys analyst Varun Kannan expects that Chinese brands are ready to capitalize on the shift to 5G connectivity. On the other hand, MediaTek’s 5G Dimensity chips have been pushing the entry price for a 5G-enabled smartphones even lower.

Next IDC Report: Apple Leads The Global Tablet Market In 2020