If you are a Mac user, then you know that despite the OS being some of the best optimized piece of software and a joy to use, it still lacks some of the features Windows users have always had, which would make macOS even better and more complete.

Many of these issues are easily solvable though, with a few clever programs you can find online, some even for free, such as the Commander One app we review today. So, if you own a Mac and you’re looking for a way to make your life easier, then keep reading! 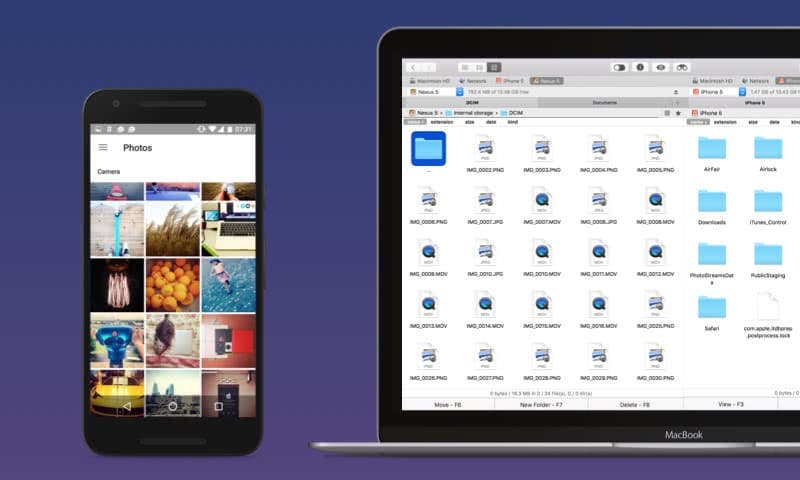 Commander One: What is it?

Let’s begin with explaining what Commander One basically is: a way to make your Mac and Android phones and other devices get along. With Commander One you can indeed easily transfer files from Mac to Android and viceversa, by dragging them with the mouse, so just like you’d on Windows. You also get easy access to the data on your phone, tablet (MTP) or other device with a simple USB cable connection. 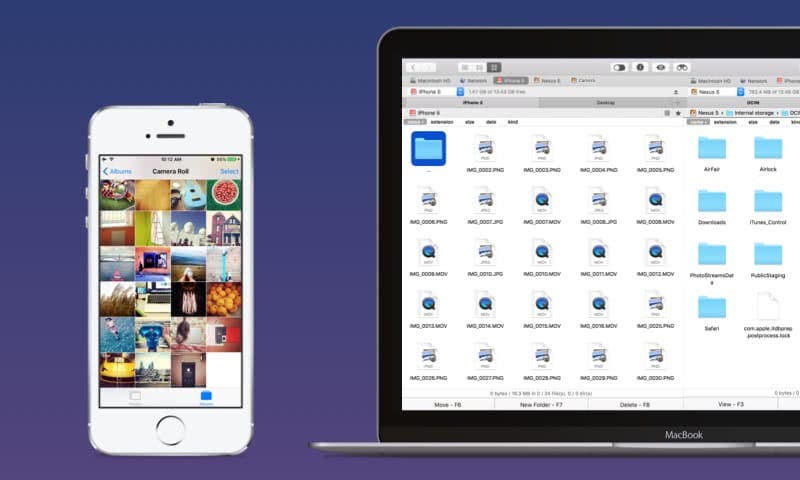 Commander One: How does it work?

Commander One is what we’d call a Finder replacement for OS X 10.10+, or better, what Apple should have done in the first place. The program is written in the new Swift programming language, so it integrates very well with the rest of the OS.

When starting the app, you’re welcomed with two panels, you can then navigate to the folder and the file you want to move or copy and simply drag it to the other side, where you’ve already prepared the folder. 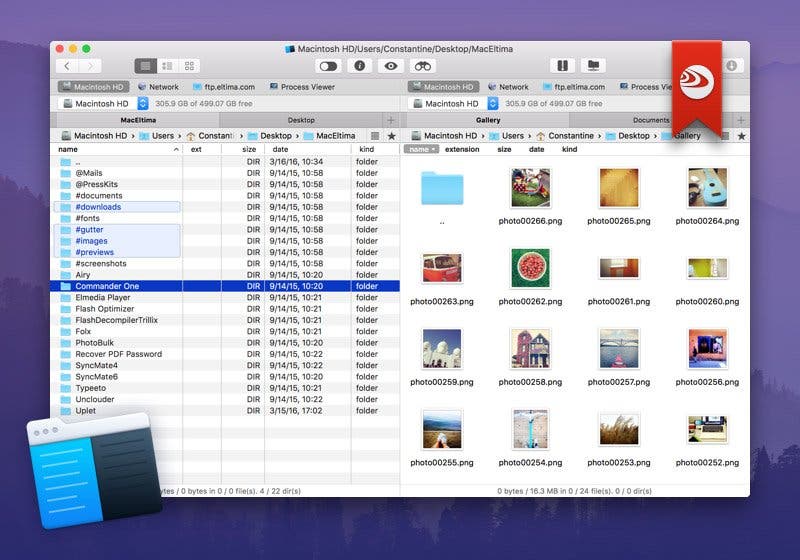 This means you can simply take files from any device (after mounting them as local drives to the Mac) such as Android phones, iPhones, cameras and whatnot, and do with the data inside whatever you want; delete, cut, copy etc..

What’s really neat about the Commander One app is that you can have two panes with unlimited tabs, each with a folder directory and independent settings. 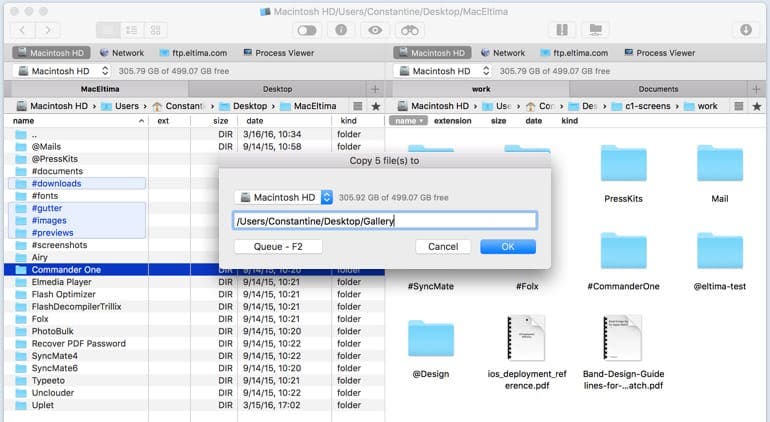 In addition to the file management feature, which could already be a major selling point, the Commander One app is also able to search through files with Regular Expression, meaning you can do complex searches allowing you to specify where to look for the file or document with that text inside. 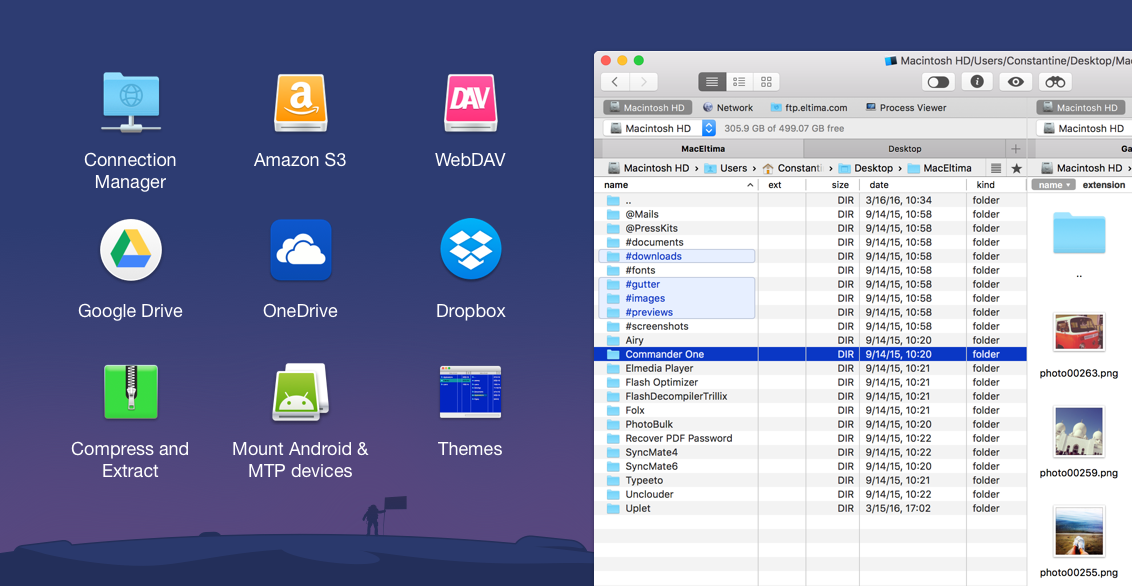 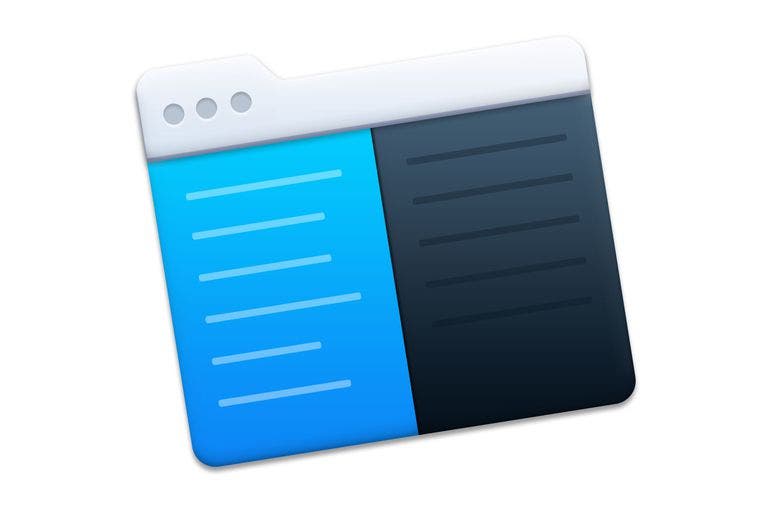 Eltima Software’s Commander One app is definitely one of the best macOS Finder alternatives in the market. If you come from Windows or you simply want some of the very straight forward features of Microsoft’s OS, then this app is worth trying out.