In the past two years, there have been various reports linking Xiaomi with the automobile business. However, it is most possible that Xiaomi will not directly get itself involved with the automobile business but it will collaborate with pre-existing companies. The preponderance of smart cars from different brands have forced many automobile companies to join forces with Internet manufacturers to cooperate in artificial intelligence, car networking, and other aspects. This is to bring a better user experience to costumers. The latest news is that XiaoAi, Xiaomi’s proprietary voice assistant will soon be used in a car. 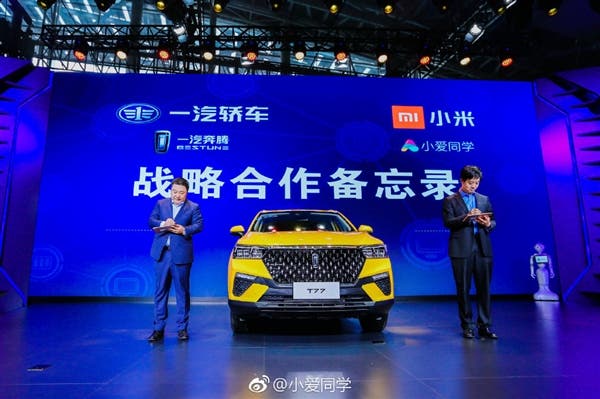 Today, Xiaomi Group signed a strategic agreement with FAW Car Co., Ltd. Cui Baoqiu, the vice president of Xiaomi Artificial Intelligence and Cloud Platform, was part of the signing ceremony. According to the official introduction, Xiaomi will now cooperate with FAW to carry out in-depth cooperation in the fields of artificial intelligence, smart devices and Internet of Things. Xiao Ai will empower smart cars and provide users with a better intelligent car driving experience. At present, Xiao Ai has gradually become popular in Xiaomi mobile phones and Xiaomi IoT equipment. This cooperation with the car factory will further expand its application scenarios.