The first-gen Nubia Red Magic was one of those rare phones that were aiming at gamers. But unlike its main competitors of the Xiaomi Black Shark and the ASUS ROG Game Phone, it was packed with an ‘outdated’ chip. Though the Snapdragon 835 is a very powerful chip, it can’t compete with the SND845. To fix this bug, the manufacturer has decided to bring an improved variant of this phone. It is called the Nubia Red Magic Mars (the full name is the Nubia Red Magic Mars e-sports smartphone). Today, it became known that this new handset will be officially uncovered at the Shanghai VSPN E-sports Center on November 28. Moreover, one of the bloggers has released some photos of the internal training PPT that reveal the key features of the upcoming phone. 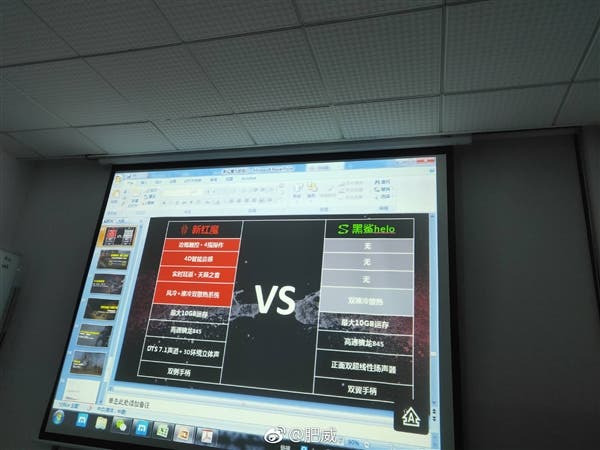 As we can see in the photo, the Nubia Red Magic Mars e-sports smartphone is compared with new Xiaomi Black Shark Helo. We can see that both models are packed with a Snapdragon 845. Moreover, the new Nubia handset is also equipped with a 10GB of RAM. However, this is not the first time when Nubia comes in with a smartphone packing a 10GB of RAM. The current generation Red Dev also has a similar version.

Apart from this, the forthcoming Nubia Red Magic Mars will support the gamepad mode, will come with a frame touch, 4-finger operation, 4D smart shock, ‘sound of the sky’, air-cooled + liquid-cooled dual cooling system, DTS 7.1 channel + 3D surround sound, etc. As you guess, the new cooling system is the biggest selling point of the phone. According to the official introduction, it can make the Snapdragon 845 core temperature drop by 13.2 degrees, allowing the game to keep running at full frame, redefining the heat dissipation of the e-sports phone to a new concept. 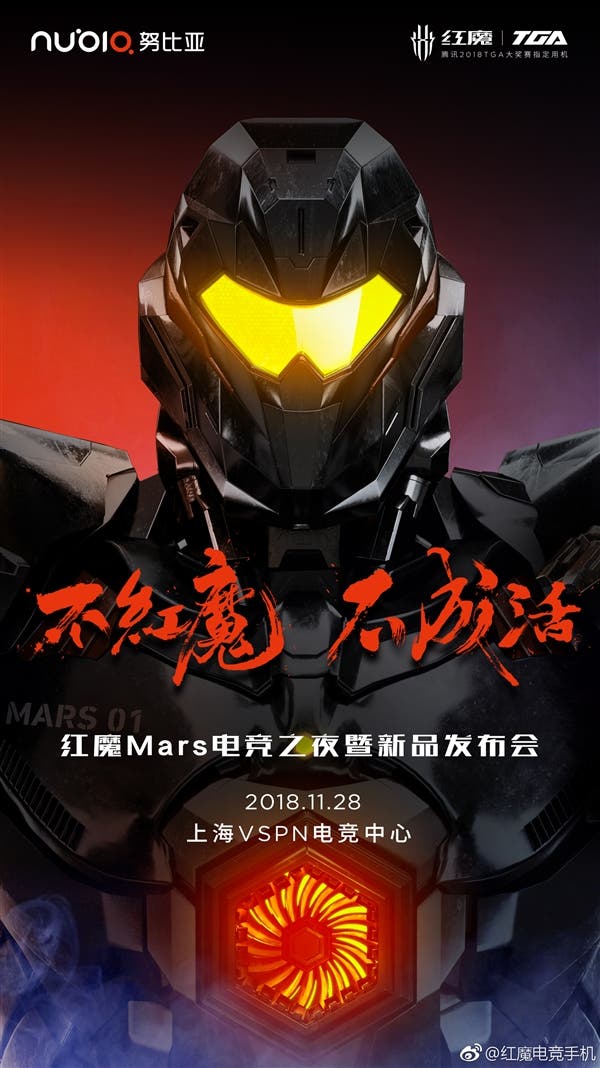 By the way, recently, this handset leaked on the Master Lu benchmark, and besides the amazing running score, it also showed an 18:9 screen with a resolution of 2160×1080.

Next Huawei's foldable phone specs and release get detailed